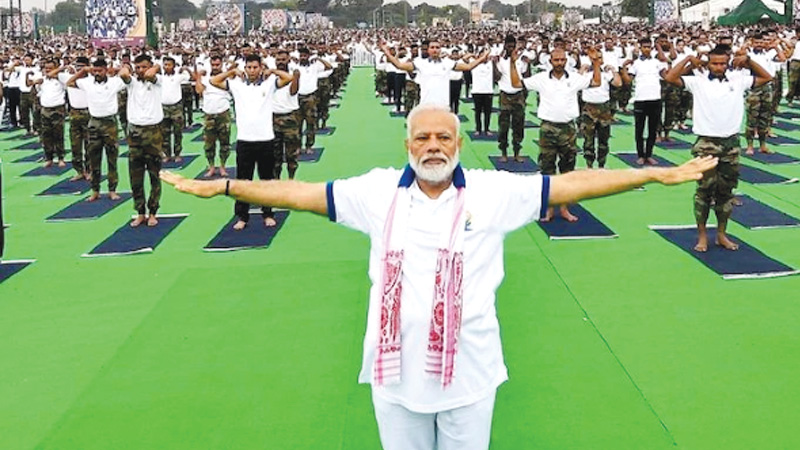 Kick-starting the global celebrations of the fifth edition of International Yoga Day, Prime Minister Narendra Modi led the nation by participating in a mega event at Prabhat Tara ground in Ranchi, Jharkhand on 21 July, 2019.

Setting the stage for International Yoga Day, which is being celebrated on a global scale from 2015, PM Shri Modi has been sharing an Asan a day on social media urging people to join the movement.

PM Shri Modi extended good wishes to people, in India and across the globe on International Day of Yoga. “Today, lakhs of people have gathered in different parts of the world to celebrate Yoga Day. I thanked media to play an important role in promoting Yoga,” he said.

“In today’s changing times, our focus must be on Wellness as well as protection from Illness. That is the power we get with Yoga, that is the feeling of Yoga and the ancient Indian philosophy,” he added. 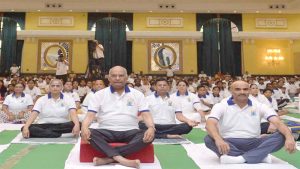 While addressing the event he said, “Now, I have to take the journey of modern yoga from the cities to the villages, to the poor and tribal’s house. I have to make yoga an integral part of the life of poor and tribal. Because it is poor who gets the most pain due to illness”.

He said, “I thank people across the world for joining #InternationalDayofYoga celebrations. World over, the first rays of the Sun are being welcomed by dedicated Yoga practitioners, it’s a beautiful sight. I urge you all to embrace Yoga and make it integral part of your daily routine.

He said, “Yoga is ancient and modern. It is constant and evolving. For centuries, the essence of Yoga has remained the same: Healthy body, Stable mind, Spirit of oneness.” “Yoga provides a perfect blend of knowledge, work and devotion,” he added.

PM Modi said, “We all know the importance of Yoga very well. It has always been an important part of our culture. But now we all have to take the practice of Yoga to another level,” reports news agency ANI.

Jharkhand Chief Minister Shri Raghubar Das and various other ministers were present in the event. Around 30,000 people participated in the event.
The theme of 5th International Yoga Day 2019 is “Climate Action”.

The word “Yoga” is derived from the Sanskrit root ‘yuj’ meaning “to join”, “to yoke” or “to unite”. Yoga is based on an extremely subtle science which focuses on bringing harmony between mind and body. Yoga works on one’s body, mind, emotion and energy.

The first International Day of Yoga was observed all over the world on June 21, 2015, when over 30,000 people including Prime Minister Shri Narendra Modi performed yoga at the Rajpath in New Delhi.

The idea of International Day of Yoga was first proposed by Prime Minister Shri Modi during his speech at the United Nations General Assembly (UNGA) on 27 September 2014.