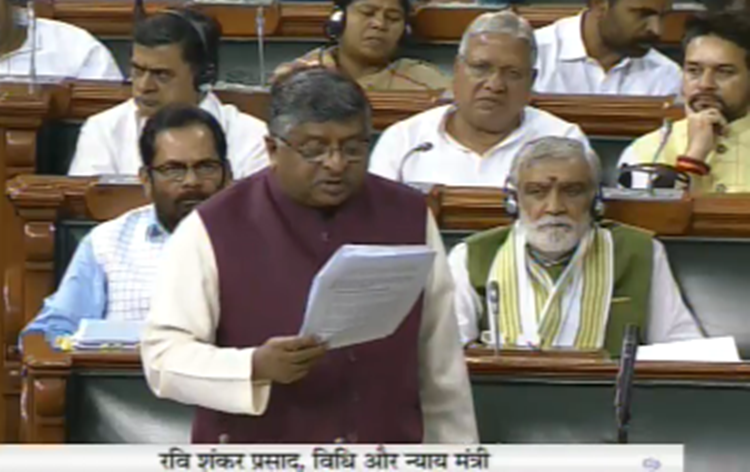 The Lok Sabha has taken up the discussion on the Muslim Women (Protection of Rights on Marriage), Bill, 2019, or Triple Talaq Bill. The bill seeks to declare the practice of triple talaq as void and illegal.

Moving the bill, Law Minister Shri Ravi Shankar Prasad said, despite Supreme Court direction against the Triple Talaq, the practice is still continuing in different parts of the country. He clarified that the Bill is not against the any community and religion and it should not be seen through the lense of politics.

Shri Prasad said, the bill is aimed at provide justice equality and dignity to Muslim women.

Smt.  Lekhi said, the present government has shown the political courage and is committed to end the practice of Triple Talaq. She said the Indian society must have gender justice adding that the government is ensuring that each woman get equal rights and must not be subjected to any sort of discrimination.

The Bill  proposes to make the triple talaq as  cognizable offence. It also provides allowance to victim women and their dependent children. The offence is made compoundable with the permission of the Magistrate at the instance of the married Muslim woman upon whom talaq is pronounced. Several opposition parties are opposing the bill.