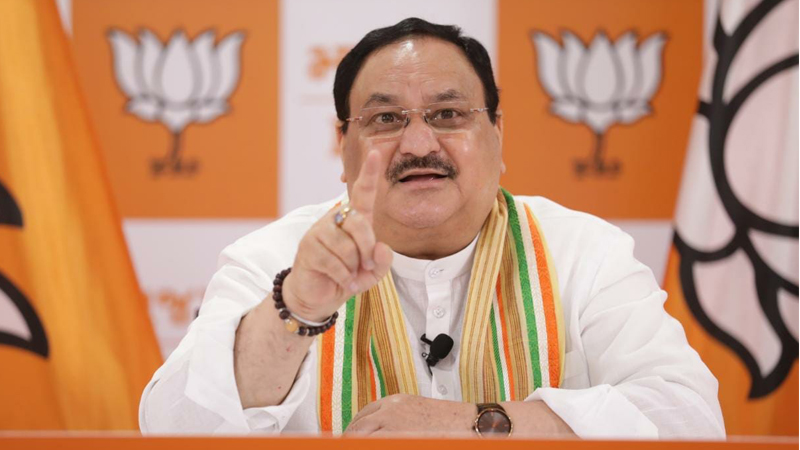 Two days National Executive Meeting of the BJP SC Morcha was organised in the holy city of Varanasi on 18th and 19th September, 2021. The two days meet was inaugurated by BJP National President Shri Jagat Prakash Nadda virtually.
Shri Nadda emphasised on various schemes run by the central government for the development of the marginalized section and scheduled caste people of the society.
He said that the maximum beneficiaries of the social schemes are people from the SC category. He further added that the current government under the able leadership of PM Shri Narendra Modi is ensuring social justice to the last person of the society. He said that the Modi government is fulfilling the dreams of Dr. Bhimrao Ambedkar by providing equal opportunities, quality education and scholarships to the youth from SC category.

In his welcome speech National President of the Morcha Shri Lal Singh Arya welcomed more than 200 delegates and dignitaries present on the occassion and thanked BJP National President Shri JP Nadda for providing a much needed impetus to the National Executive Meeting.

Shri Lal Singh Arya said in Kerala and West Bengal atrocities specially on the people from SC category has been rising. He said the Congress sees SC category people as vote bank and has used them in the past for electoral gains only.
He thanked PM Shri Narendra Modi for all his pro SC policies like building the Panchteerth or Overseas Fellowship for SC students to study abroad which are helping in realising the dreams of Baba Saheb Ambedkar and empowering the SC Community.

A photo exhibition comprising more than 75 forgotten eminent figures from the SC Communities like freedom fighters , saints , poets and philosophers was also inaugurated by Dom Raja of Kashi to showcase the glorious past of the SC Community and their contribution in nation building.

On 19th of September all the delegates paid tribute to Sant Shiromani Ravidas ji by visiting his birthplace in Varanasi.

In the second session the National General Secretary of BJP and Incharge of the SC Morcha Shri CT Ravi spoke at length and shared how to counter the false propaganda and the narratives of the opposition and bias being spread against the BJP.

He gave a befitting reply to all the people who create rumors. In his address Shri CT Ravi said that the current government is completely devoted and dedicated to empower the SC Community in all respects i.e social and economical both.

National Organiser of the SC Morcha Shri V Satish shared his long experience and wisdom of organizational behaviour and how to add more and more people to the Morcha and the party. He motivated the delegates to come forward and travel across the states in order to know the ground realities and providing a solution thus strengthening the party.

Minister of Social Justice and Empowerment Dr. Virendra Kumar gave a detailed presentation on the programmes and schemes of his department which was followed by other speakers like the National General Secretary of BJP Shri Dushyant Gautam.
The two day meeting ended with the eloquent speech of Uttar Pradesh Chief Minister Yogi Adityanath. He said the previous governments of Samajwadi Party in UP and Congress in the centre did nothing for the SC Community. It is the Modi government in the centre which has been working tirelessly for the upliftment of the marginalized sections of the society through its various pro-poor schemes and programmes.