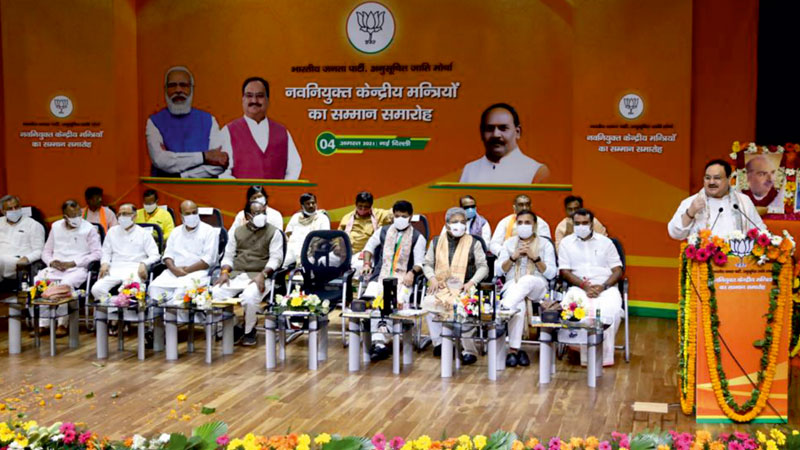 Addressing the program, Shri Nadda said that there were many leaders who talked for the welfare of farmers, but if anyone has done maximum work for their welfare in such a short period of time, then it is Prime Minister Shri Narendra Modi. Similarly, if anyone has worked on the ground for the welfare of Scheduled Castes, Scheduled Tribes and Backward Classes and brought a positive change in their lives, then it is our Prime Minister Shri Narendra Modi. He said that the Modi government has worked on special schemes for the development of Scheduled Castes to bring them into the mainstream.

The BJP National President said since 2015, Modi Government began to celebrate ‘Samarsata Diwas’. The Modi government started celebrating ‘Constitution Day’. Similarly, the work of developing ‘Panch Teerth’ was done by the Modi government. In the policies which Prime Minister Shri Narendra Modi has started, emphasis has been given to Scheduled Castes community so that they can get the maximum benefit because they are lagging behind in the race of development.