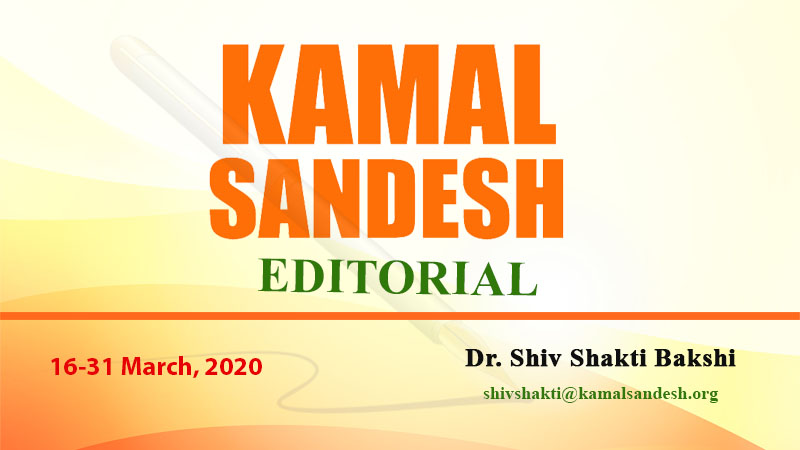 ‘Namaste Trump’ turned out to be such a mega event which will linger in the memory of US and Indian people for a long time to come. The massive numbers in which the people came out in the streets of Ahmedabad, lining both sides of the road starting from airport to Sabarmati Ashram and from there to Motera Stadium while greeting the passing cavalcade of President Trump, his family and other dignitaries, presented a spectacle which will remain etched in the memory of American people in future. The Motera Stadium which was packed to overflow, jam-packed with strong numbers of more than 1.25 lac people, greeted the US President, his family and guests from US with thunderous applauses witnessed rarely in the history of the two great nations. The entire event symbolizes the respect and affection between the people of the two great democracies in the world, who are now willing to walk extra mile to further cement understanding and friendship between the two great nation. It is also a message of warmth and love from India to the people of US.

India and US are today cooperating more on various fronts with deepening of understanding between the two nations. India is not only the largest democracy of the world but has upheld the democratic principles and ethos presenting an example for the other nations to emulate. India has been one of the first victims of terrorism while US had to suffer 9/11 terror attack making it to realize the kind of danger terrorism poses to the humanity at large. India and US are today committed to fight against terrorism at global forums and a great part of the credit goes to Prime Minister Shri Narendra Modi who brought it in the top agenda of every international forums he attended. It is the result of such efforts that the funding and giving refuse to terror organisations are dealt with severely by the international community and Pakistan has been on the terror watch list of FATF. It was heartening to see that the US President Mr. Donald Trump specifically pointed out the havoc played by radical Islamic terror in the world while strengthening India’s position at the global level.

The signing of Defence Deal worth three billion USD is a right step in right direction which will further deepen India-US ties. The cooperation in the field of oil and natural gas is supposed to make the ties even stronger in the days to come. There is a vast field of cooperation and partnership open between India and US which may be explored by the visionary leadership of both the countries. The signing of agreement in health is one of such instances that the two nations can now join hands to explore new avenues of cooperation. There are efforts to deepen Indo-US ties in the field of energy, space, defence, education, innovation, enterprise and many more such fields. India and US can come together in almost every area of cooperation which will not only be mutually beneficial but may also result in manifold gains for the entire humanity in the days to come.

Prime Minister Shri Narendra Modi and US President Mr. Donald Trump share vision for a long-term partnership based on deepening understanding, trust, respect and mutual affection. The pledge to further strengthen Indo-US Comprehensive Global Strategic partnership will go a long way in ensuring goodwill and trust while enhancing engagements between the two nations. The close partnership between India and US will definitely ensure peace and prosperity in the Indo-Pacific region. Apart from signalling an incredible trade deal, the assurance of US on the much needed reform of UN and support for India’s permanent membership in the UNSC along with India’s entry in Nuclear Suppliers Group will further bolster Indo-US friendship. There is no doubt that there is increasing recognition of the importance of Indo-US ties in various fields aimed at breaking new grounds in coming days. ‘Namaste Trump’ event has created a right ambience in which Indian and American people are finding themselves in closer bonds of mutual partnership, respect, affection and trust.
shivshakti@kamalsandesh.org