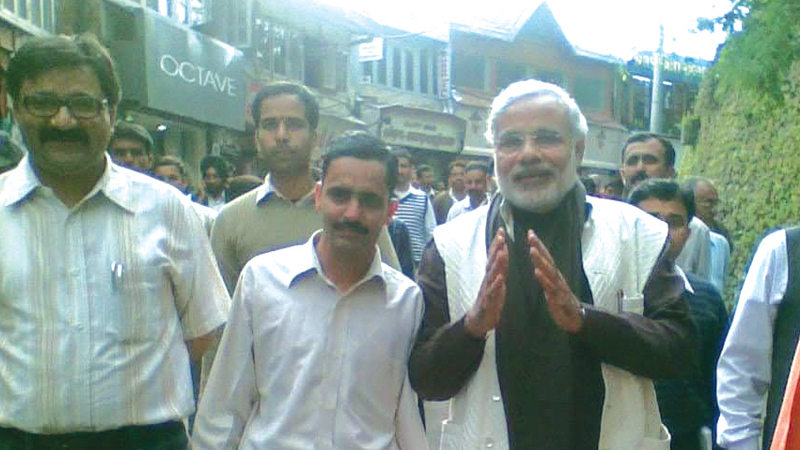 However, the roots of his dedication towards the Indian Army goes back to his early days even before joining the Rashtriya Swayamsevak Sangh (RSS) as a Pracharak. There are several incidents from his life when Shri Modi has expressed his gratitude towards the Indian Army by his actions, but there was a special moment during the Kargil war which is worth mentioning.

During the 1999 Kargil War, Shri Narendra Modi was serving as the state in-charge of the party in Himachal Pradesh. 52 soldiers from Himachal had attained martyrdom in that war. Shri Narendra Modi paid his tribute to the martyrs by publishing a souvenir in their memory.

Shri Aseem Ahluwalia, BJP leader from Himachal Pradesh narrates this incident on how Shri Narendra Modi inspired the workers to pay special tribute to the Jawans. Shri Narendra Modi shared his idea of publishing a souvenir with detailed biography of all the jawans who attained martyrdom in the war with Shri Aseem Ahluwalia. Himachal unit of the BJP swung quickly in action for implementation of his idea.
Yuva Morcha workers were given the responsibility to collect all the information about the martyred soldiers. Shri Narendra Modi had already suggested that despite having BJP government in Himachal, not a single penny should be taken from any government body for publishing the souvenir.

Shri Aseem Ahluwalia recalls that under the guidance of Modi, Shri Jairam Thakur and he himself worked on and published the souvenir in memory of the martyred soldiers.