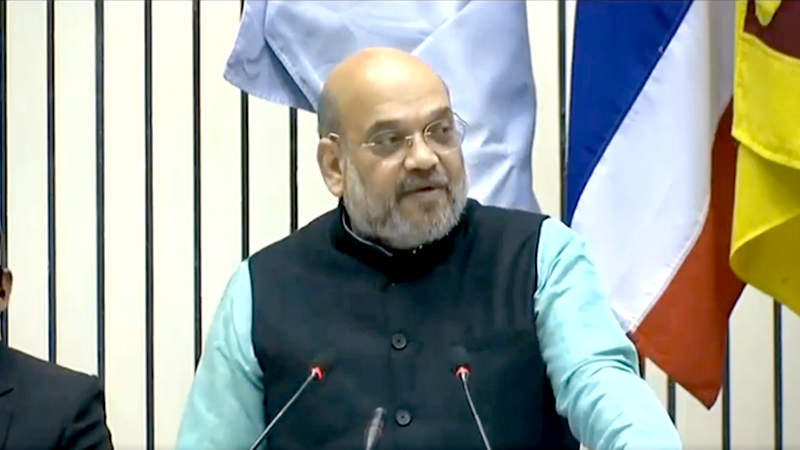 Union Home Minister Shri Amit Shah today said that the NDA Government is taking a definitive approach to control drug trafficking and trade under the leadership of Prime Minister Narendra Modi. Addressing a conference on combating drug trafficking for BIMSTEC countries in New Delhi, Shri Shah said, the government is about to set a framework for coordination among different organizations to fight this challenge.

The Minister said, India has zero-tolerance towards intoxicating drugs and import or export of intoxicating drugs will not be allowed. He stressed that the Centre is completely dedicated to controlling drug trafficking. He said, Prime Minister Modi’s dream of a drug free India will be realized.

The Home Minister said that according to the World Drug Report tabled by the United Nations, 5.5 per cent of people between 15 to 64 years of age are using drugs in the entire world. He cautioned about the swift rise in the percentage of people who use drugs. He hoped that all aspects related to these topics will be discussed during the two day conference and some decisions will also be taken.