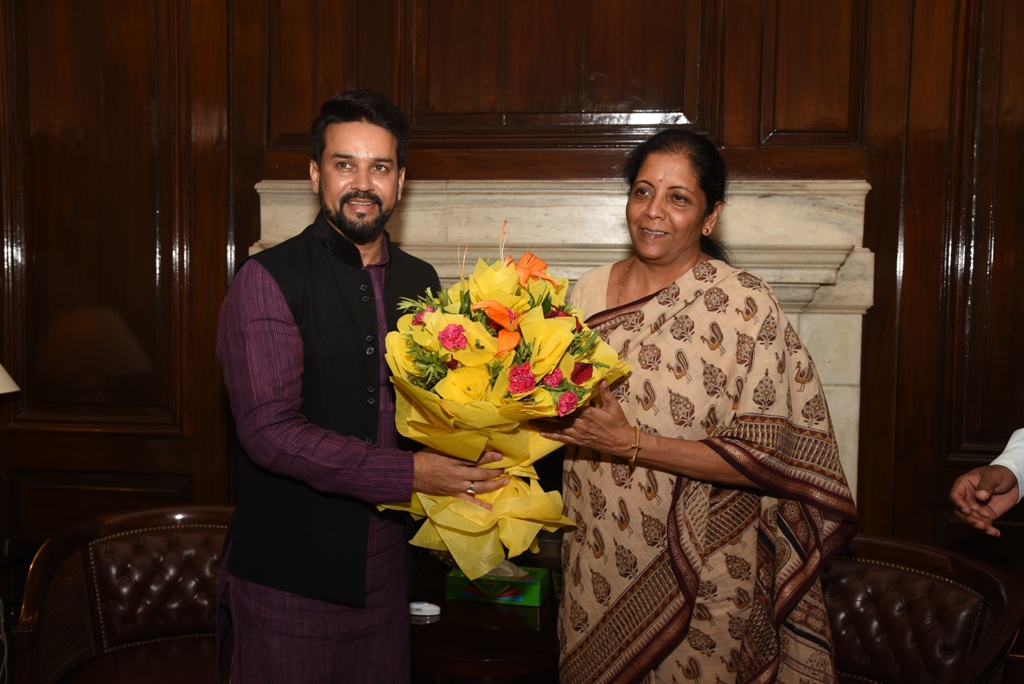 Smt. Nirmala Sitharaman has served as the Union Defence Minister since 2017. She is currently a Rajya Sabha Member of Parliament (MP) from Karnataka. In 2014, she was elected as Rajya Sabha MP from Andhra Pradesh. She has also served as the Minister of State for Finance and Corporate Affairs and later the Minister for Commerce and Industry with Independent Charge.

As the Defence Minister, Smt. Sitharaman is credited with expediting the decision-making process relating to procurement in defence sector. She constituted a Defence Planning Committee to formulate an “action plan” to effectively overcome with various security challenges facing the nation.

Smt. Sitharaman joined the Bhartiya Janta Party (BJP) in 2008 and has served as a national spokesperson for the party since 2010.
Smt. Sitharaman was born in Madurai, Tamil Nadu, on August 18, 1959. She completed her graduation from Seethalakshmi Ramasamy College, Tiruchirappalli and obtained her M.A. (Economics) from Jawaharlal Nehru University, New Delhi.