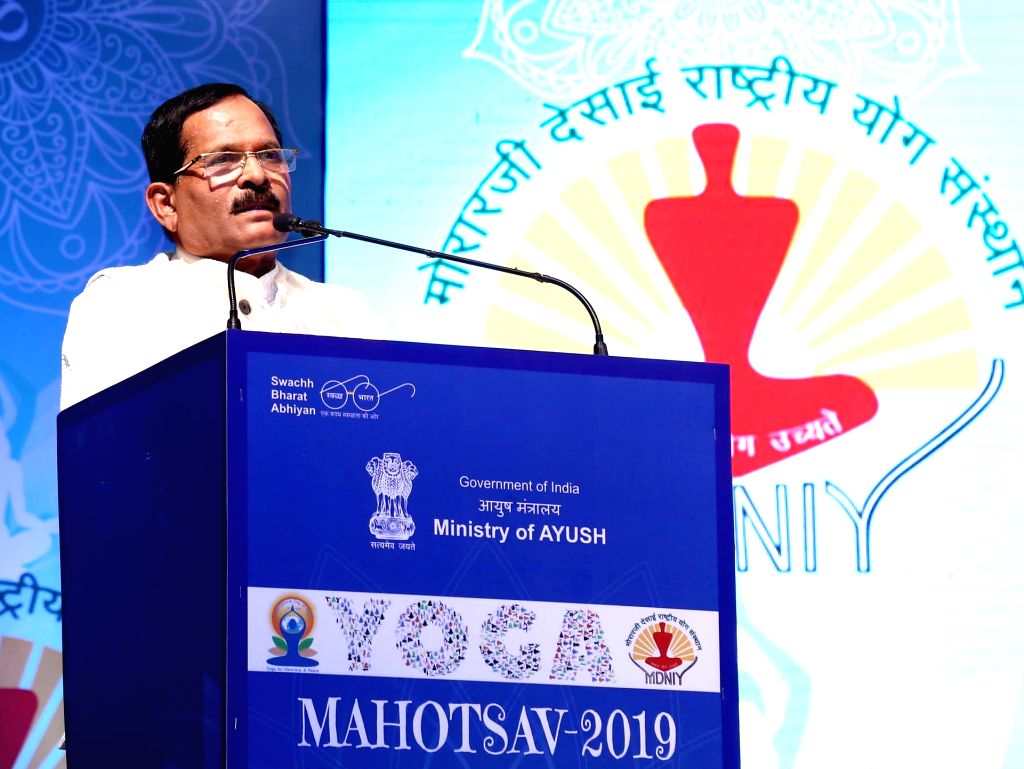 A Two-day Yoga Mahotsava, a Curtain Raiser for International Day of Yoga (IDY) 2019 was inaugurated by the Vice-Chairman, NITI AYOG Shri Rajeev Kumar at New Delhi today. Morarji Desai National Institute of Yoga (MDNIY) under Ministry of AYUSH is organising the Yoga Mahotsav-2019 to sensitize the masses for celebration of IDY 2019. On this occasion Secretary, Ministry of AYUSH Vaidya Rajesh Kotecha announced two Applications ‘Yoga Locator’ and ‘Bhuvan App’ related to International Day of Yoga 2019.

Shri Rajiv Kumar, addressing of huge gathering of Yoga students and professionals, emphasized on popularizing the yogic culture through the medium of social media. He also mentioned his proposal of National Council of Integrated Medicine which will further promote Indian natural and traditional medicine culture. . He further said that Yoga teaches us to live with the nature rather than conquering it that makes ‘Vasudhaiv Kutubkam’ possible and we live with harmony and peace.

The Minister of State (Independent Charge), Ministry of AYUSH Shri Shripad Naik presided the Inaugural session. He credited International Yoga Day as the biggest mass movement for health and wellness. Shri Naik said that natural and traditional medicine system is flourishing not only in India but across the globe. He further assured that Ministry of AYUSH is committed towards the research and development of yoga, Ayurveda and other natural and traditional medicinal systems.

On this occasion, Secretary, AYUSH announced the launch of ‘Yoga Locator’ application which is specially designed for IDY to record and show Yoga events across the world. He also informed about ‘Bhuvan App’ which has been designed in collaboration with ISRO. It will provide geo time location and documentation. He presented ‘Yoga for Heart’ as theme for IDY 2019.

A very special session on Know about Yoga is also a part of the Yoga Mahotsav-2019 for the Yoga enthusiasts. In this session historical, medical and educational prospects of Yoga will be discussed in detail. Seeing the participation of huge number of youngsters, an exclusive session “My self-experience in Yoga-A Motivational Journey” and Celebrity Sessions have been specially scheduled in a two day Yoga Mahotsav-2019.