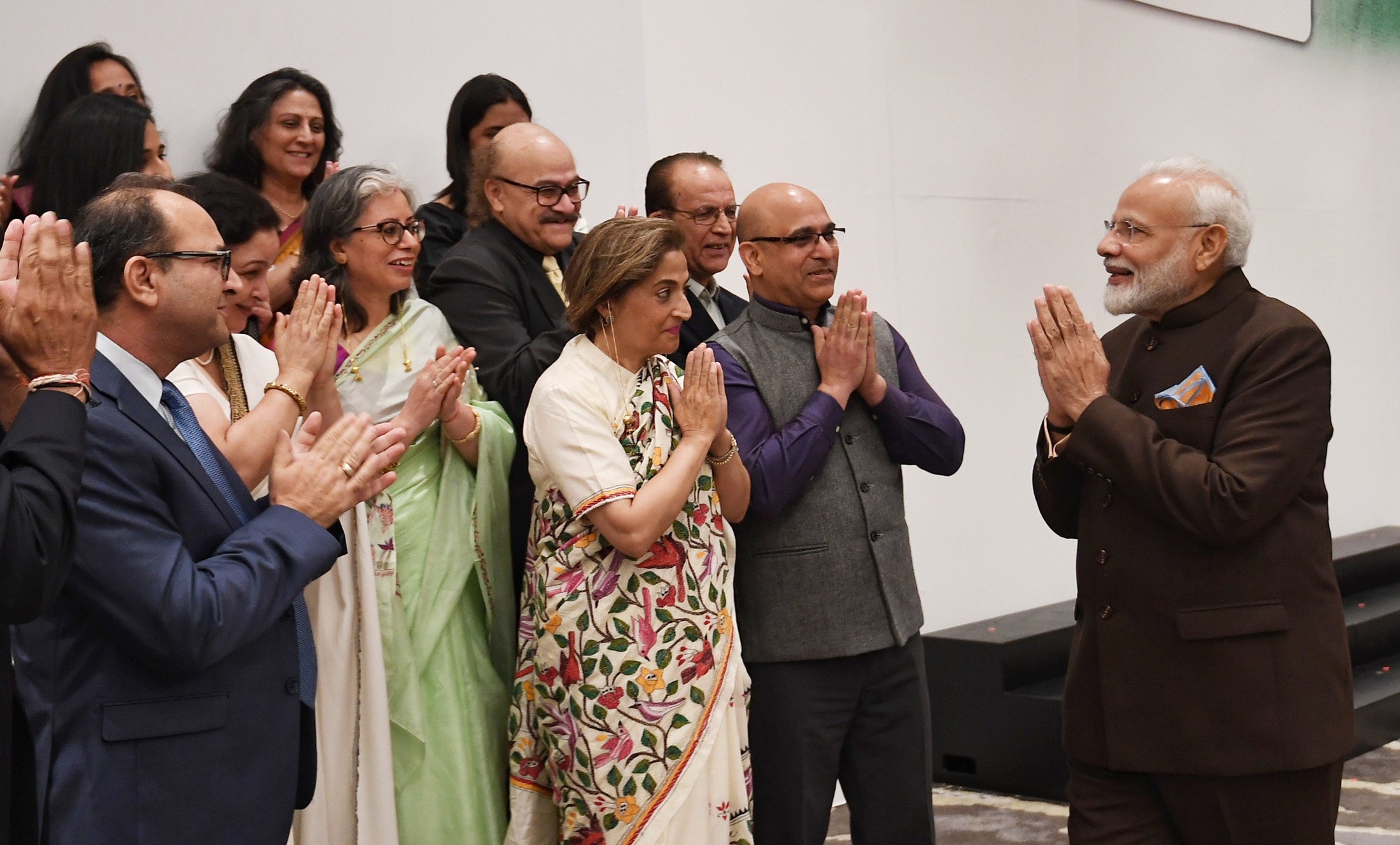 During the interaction, the members of Kashmiri Pandits strongly supported the steps taken by the Prime Minister for the progress of India and the empowerment of every Indian.

“I had a special interaction with Kashmiri Pandits in Houston.”, Prime Minister tweeted after the interaction.

Tweeting after the interaction, Prime Minister said, “The Dawoodi Bohra community has distinguished itself across the world. In Houston, I had the opportunity to spend time with them and speak about a wide range of issues.”

The Sikh community members thanked the Prime Minister for the path breaking decisions taken by the Government of India, for the overall development of the country and the Sikh community.

Tweeting after the interaction, Prime Minister said “I had an excellent interaction with the Sikh Community in Houston. I am delighted to see their passion towards India’s development!”.