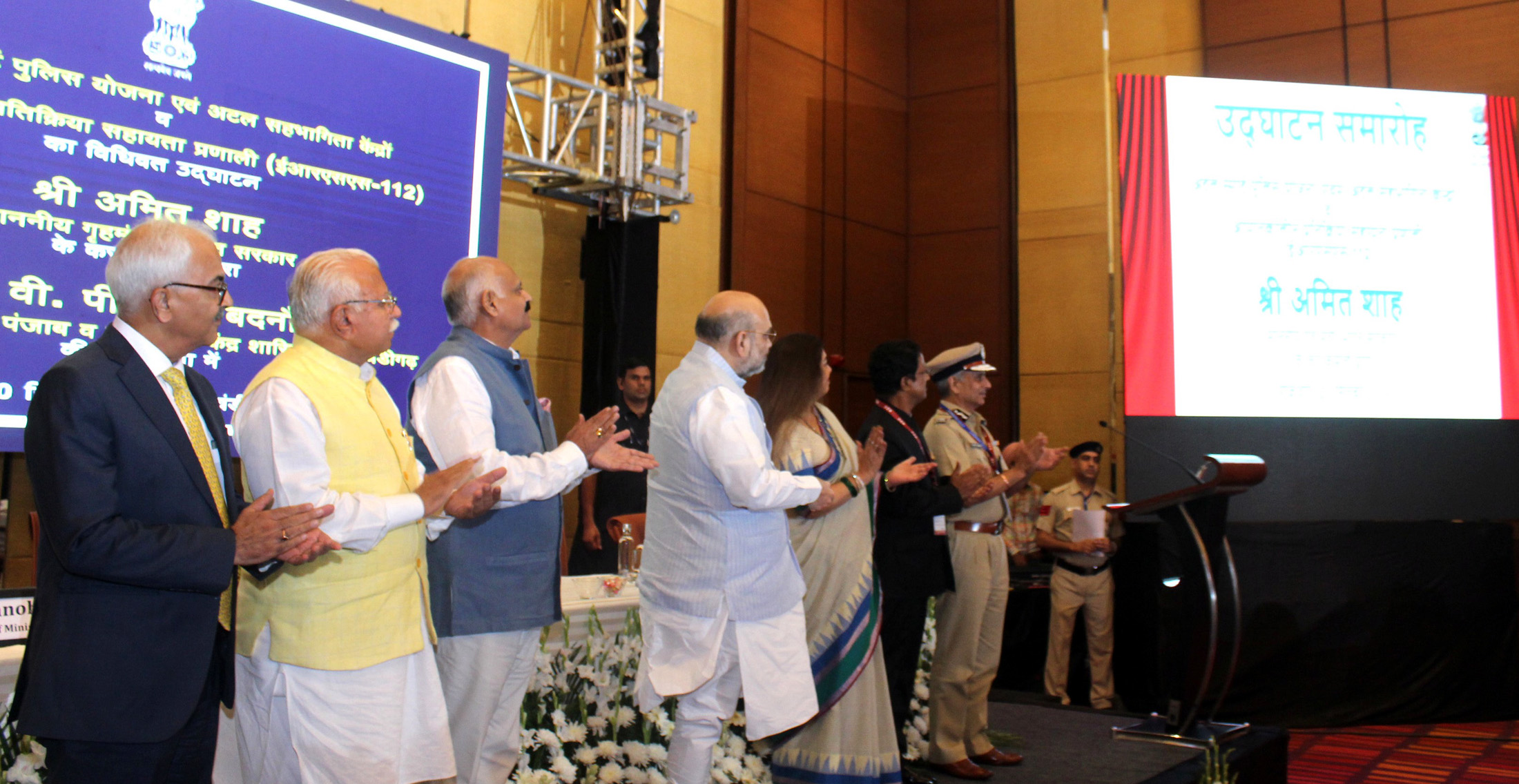 Union Minister for Home Affairs, Shri Amit Shah launched three citizen centric services of the Chandigarh Police, in Chandigarh today. The services include the Emergency Response Support System (ERSS – Dial 112), ‘E-Beat Book’ System and the ‘E-Saathi App’. Shri Shah observed that the beat officer system has been the cornerstone of the Indian Policing system for ages and through suchCitizen Centric Services, a SMART Police force can be built in the country. He congratulated Chandigarh Police to have taken a lead in introducing such Citizen Centric Services in Policing.

ERSS is one of the key projects of the Union Ministry of Home Affairs under Nirbhaya Fund. It has been designed to play a pivotal role in mitigation or preventing escalation of crime, especially against women and children. ERSS provides a single emergency number (112), computer aided dispatch of field resources to the location of distress. Citizens can send their emergency information through call, sms, email and through the 112 India mobile app.