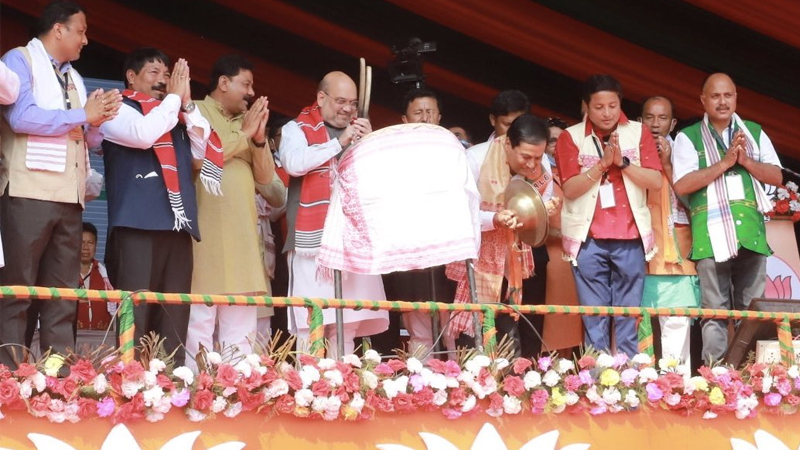 Hon’ble Home Minister and senior BJP leader, Shri Amit Shah addressed the huge public meetings held at Jonai, Majuli and Udalguri in Assam on 22 March and urged the people of the state to further accelerate the pace of development in Assam by forming BJP-led NDA government with full majority again. It is clear from the support and trust of the people in Assam that the BJP-led NDA government is going to form with full majority again.

Key Points of the Speech: