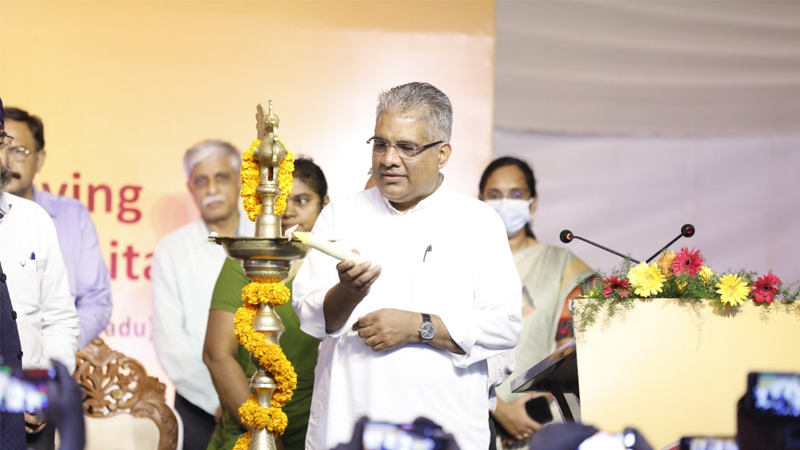 Bhupender Yadav said that the hospital will be built at an estimated cost of 155 Crore and will have the facilities of General Medicine, General Surgery, Obstetrics &Gynecology, including Paediatrics, Emergency, Critical Care / Intensive Care (ICU), Anesthesia, Ophthalmology, Dermatology & Venereology (Skin & VD), (ENT), Pulmonology and Dentistry. 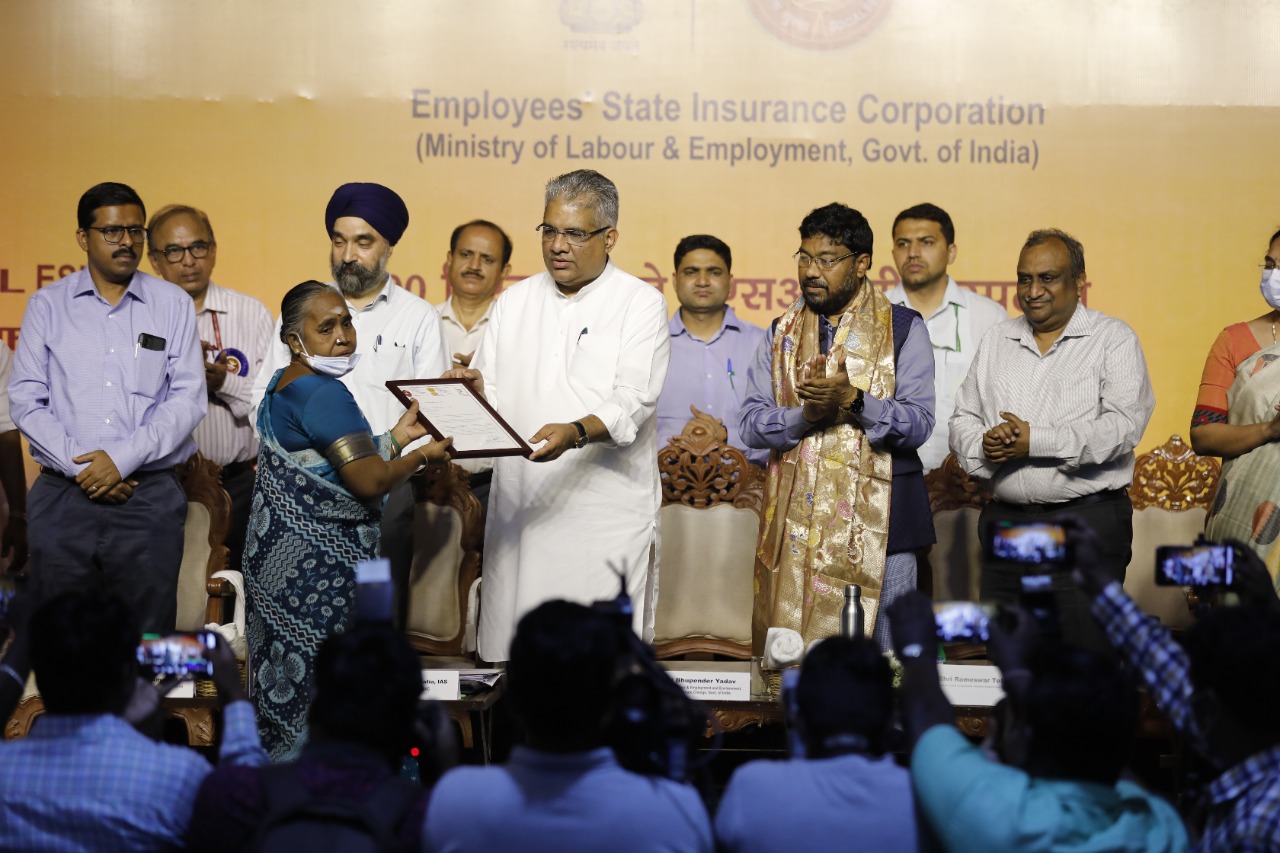 The minister said that in Tamilnadu, ESIC is catering to the medical needs of 38.26 lakhs Insured Persons and around 1.48 Crore beneficiaries. 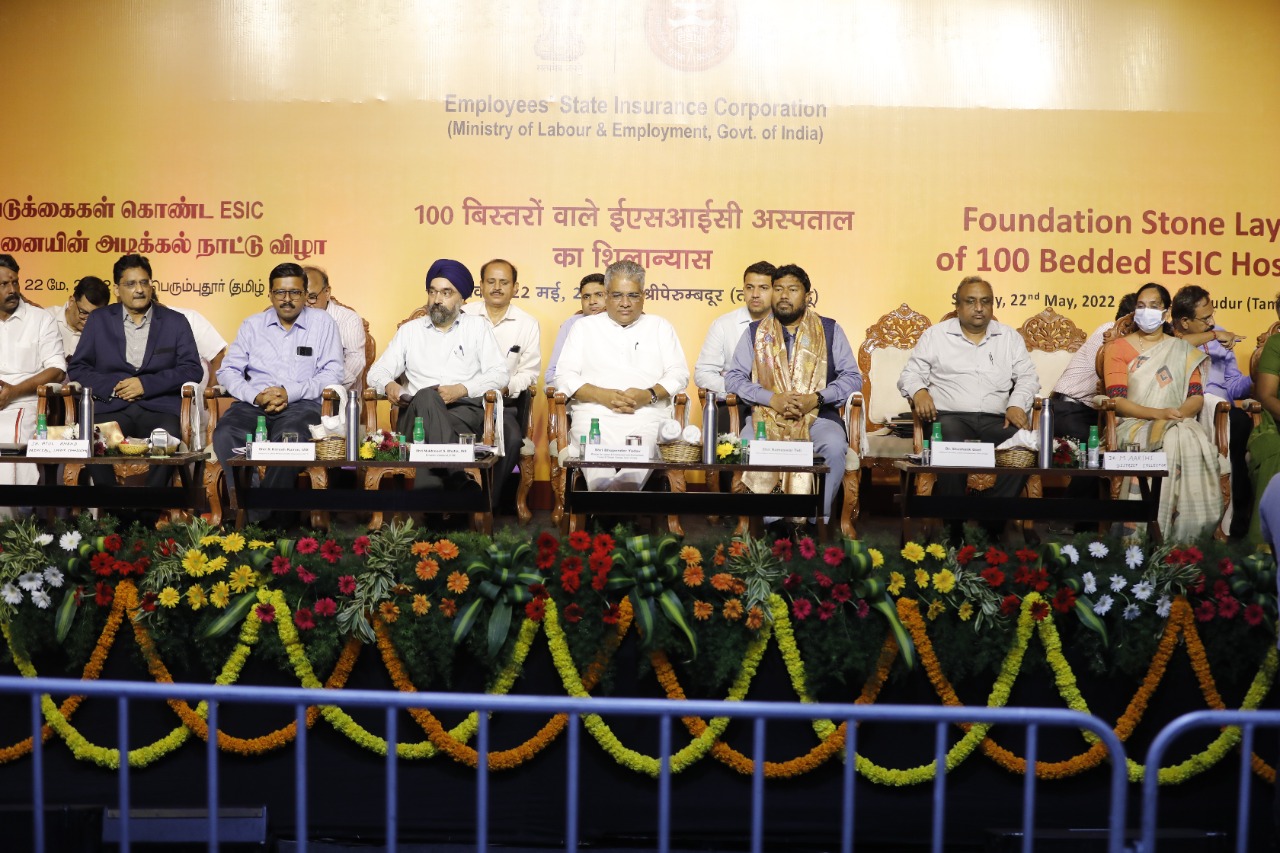 “We also have One Medical College of ESIC at KK Nagar, Chennai having all the modern facilities. 125 MBBS students per year get the admission in this college. Out of which, 25 seats are reserved for wards of Insured Workers who belong to lower wage bracket of society,” he added. 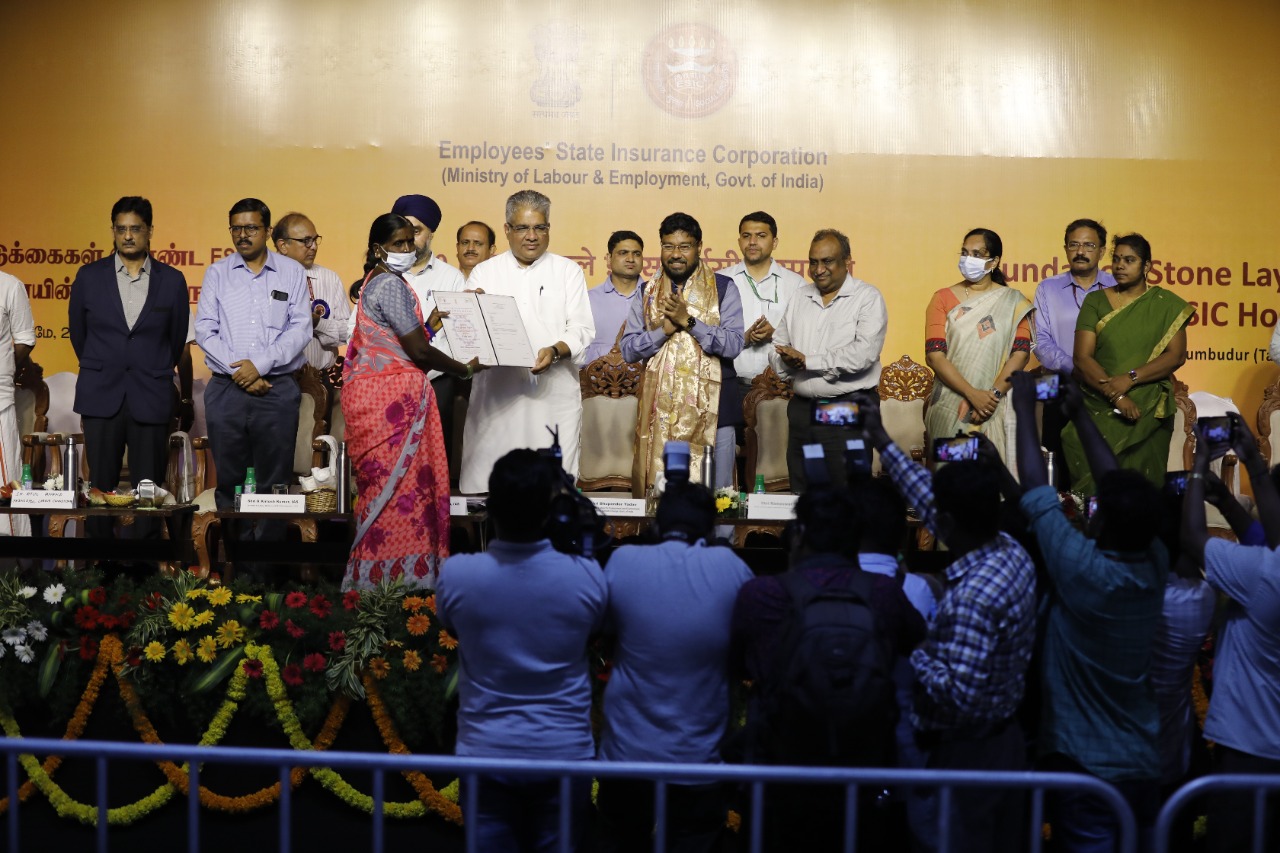 The minister further said,”Today, in Tamil Nadu, out of 38 districts,ESI Scheme has been implemented fully in 20 districts and partially in 16 districts.” 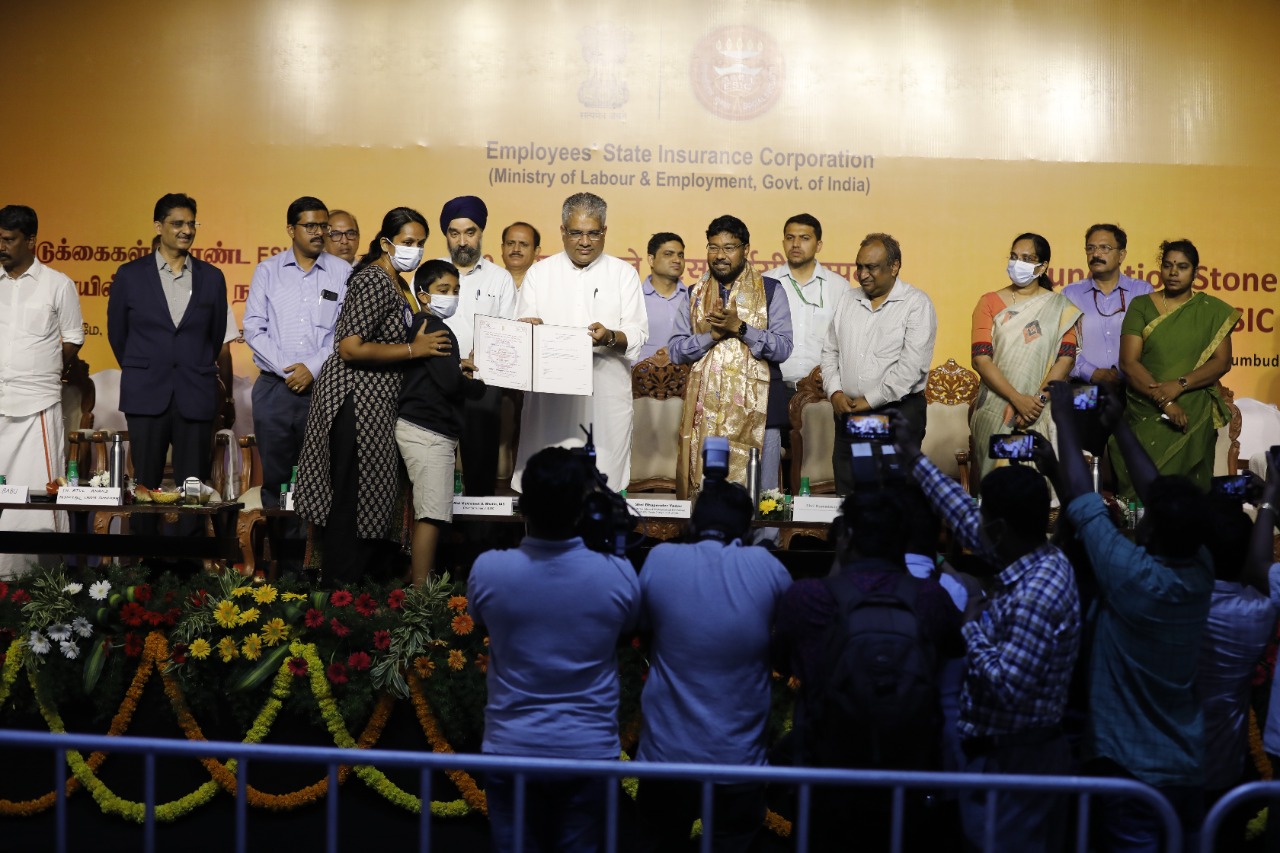 “I am happy to share that today ESIC is providing medical benefits to 3.41 crore workers covered under the Act and their dependants i.e13.24 crore beneficiaries in total. From 393 districts in 2015, the services of ESIC have been expanded to 596 districts out of 744 districts across India,” Bhupender Yadav said. 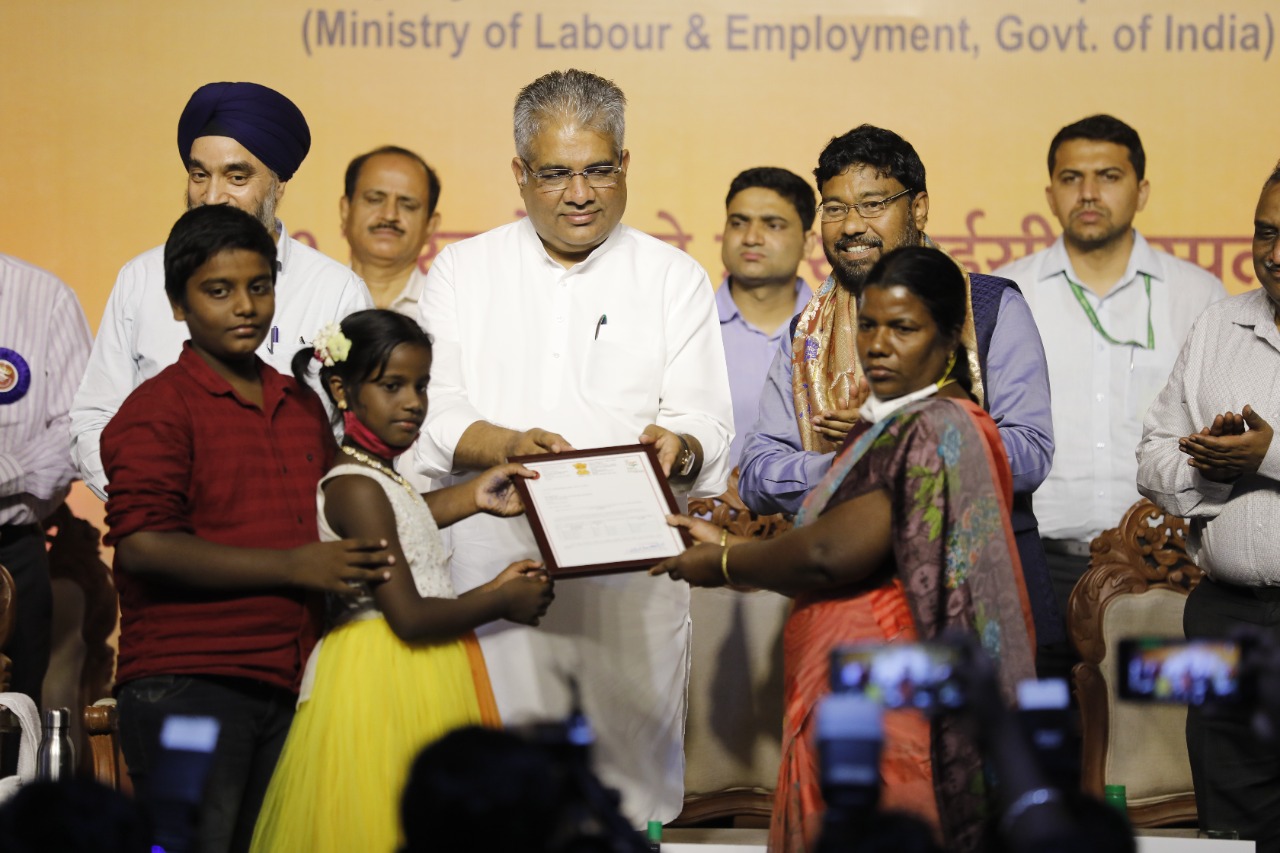 He further said,”Today, the Ministry of Labour and Employment, works with the spirit of “ShramevaJayate”, whether it is the four labour codes, or towards ensuring social security for workers, or giving an identity to 28 crore unorganized workers through the E-shram card in just 8 months ot its launch. I am told, in Tamil Nadu alone around 75 lakh workers in the unorganized sector now have an E-shram card.” The minister added that in the last 8 years of Modi government with a ‘Whole of Government approach’, the poor, the beneficiaries have received their rightful due, they have witnessed benefits of welfare schemes getting credited in their accounts, without any commission, without any intermediaries. 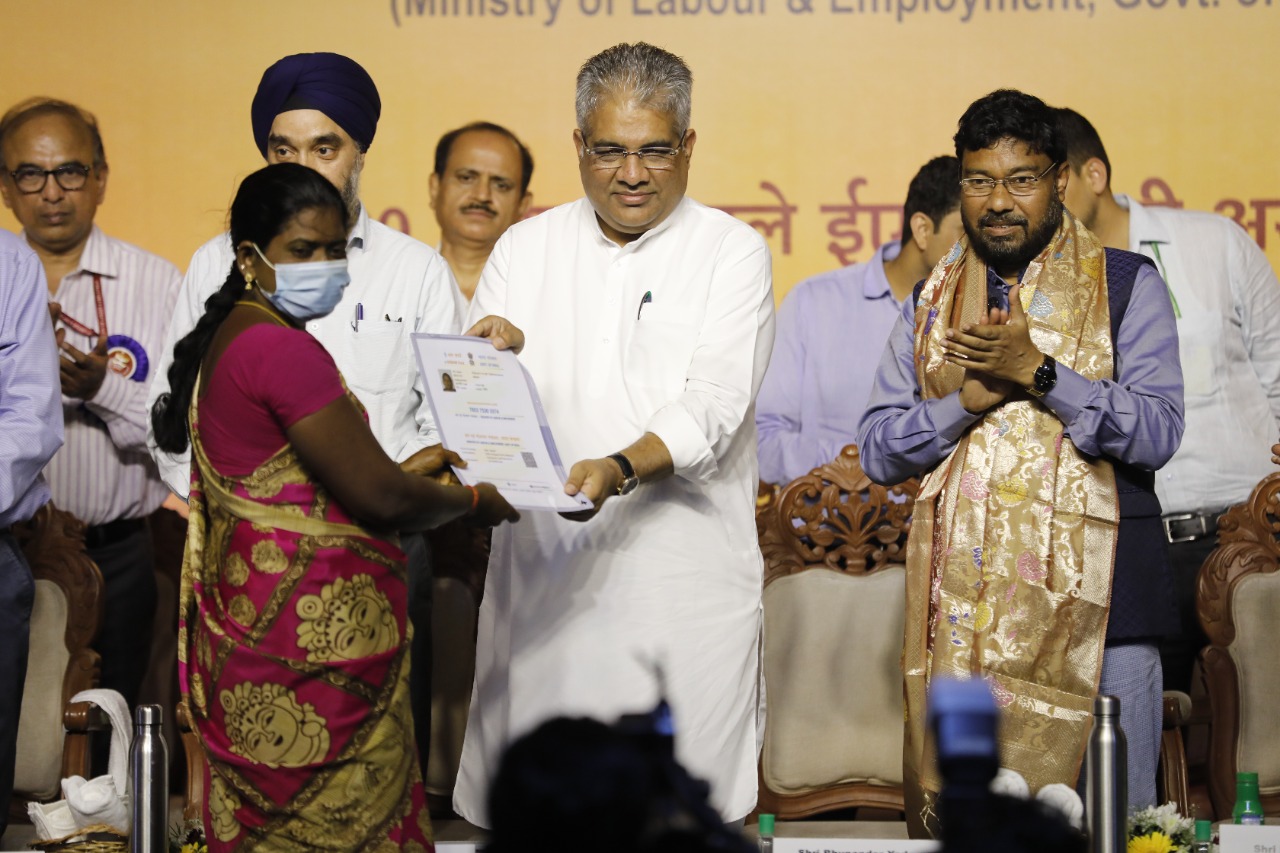 Bhupender Yadav also said,”Only, yesterday, the government announced a significant reduction in Central excise duty in petrol and diesel prices, which will reduce the price of petrol by ₹ 9.5 per litre and of Diesel by ₹ 7 per litre, thereby providing major relief to our citizens.”