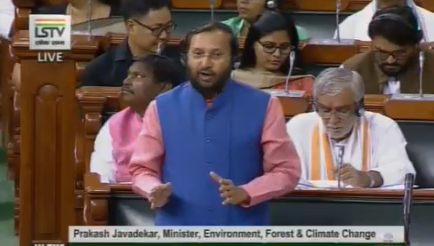 Environment, Forest and Climate Change Minister Shri Prakash Javadekar today said that BS-VI emission norms will be implemented across the country next year which will drastically reduce vehicular pollution.

In reply to supplementaries in the Lok Sabha, Shri Javadekar said, from next year, BS-VI compliant vehicles will be available and the move will help reduce 90 per cent vehicular pollution.

He said, due to the opening of the peripheral expressway in Delhi, over 60 thousand vehicles which earlier used to pass through the national capital are now going to their destinations without coming to Delhi.