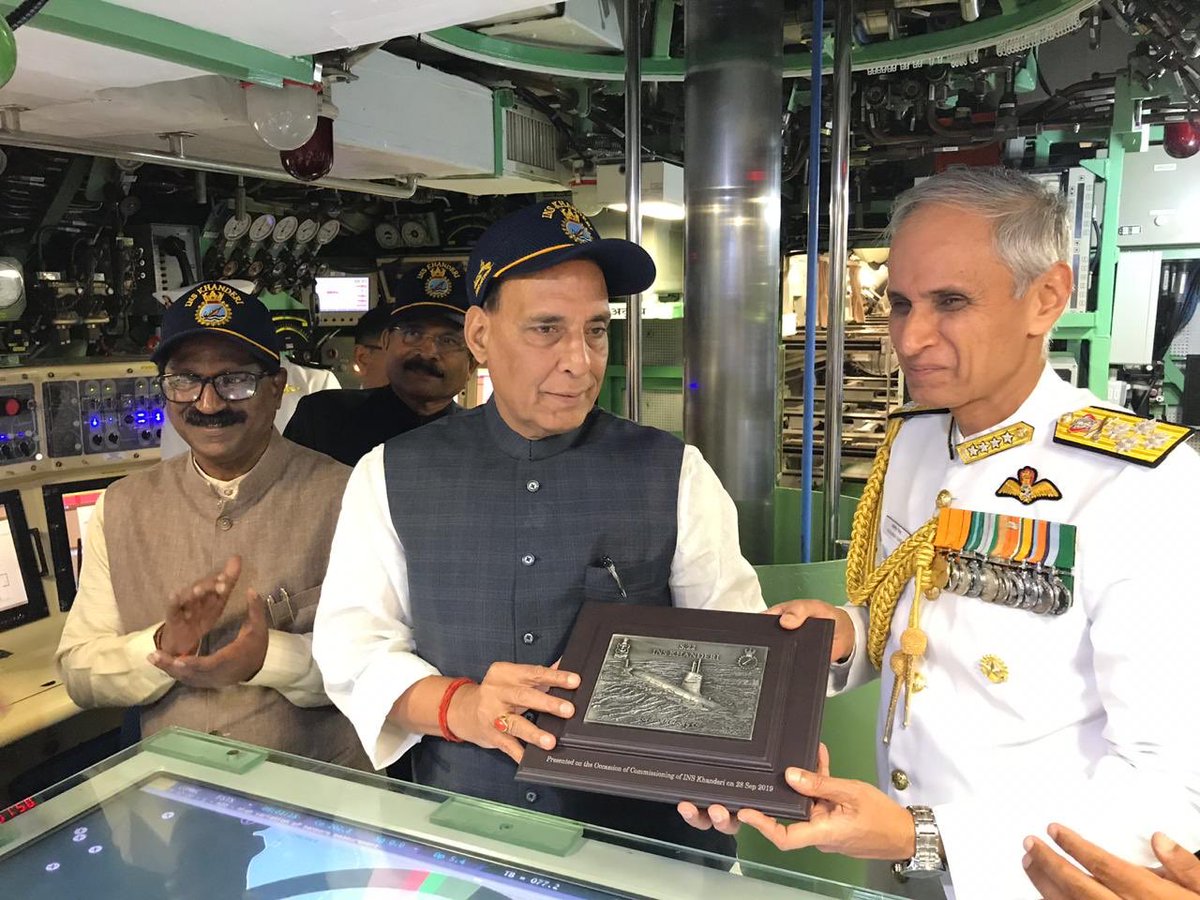 Speaking on the occasion, he said, it is a matter of immense pride that India is one of few countries which can build its own submarines. Shri Singh said, Indian Navy will take strict action against those who disturb peace in our region. There are some powers who want to repeat Mumbai-like attack in Indian coastal regions but India will not allow them.