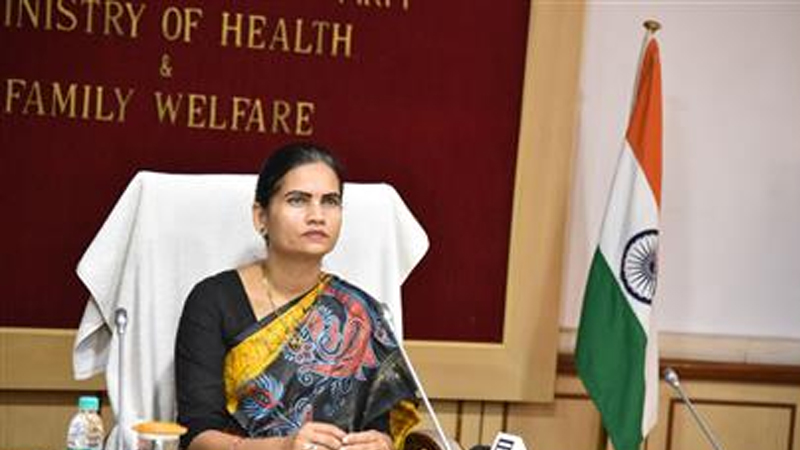 Addressing the event, the Union Minister of State emphasized the fact that the South-East Asia Region bears the highest burden of TB disease among all six Regions. She said, “It has been a major source of fatalities for centuries and has now exceeded HIV/AIDS and malaria as the world’s largest cause of death from an infectious disease. Most of these deaths occur among young adults in the economically productive age group of 15-45 years, resulting in high economic and social consequences. The economic burden of TB alone is huge in terms of lives, money and workdays lost.”

Highlighting the impact of COVID-19 on TB, she said, “The world has witnessed the emergence of COVID-19 pandemic in 2020, which has devastated human lives, economies, and health systems. In just a few months, the pandemic has reversed years of progress made in the fight against Tuberculosis.” She also said that the pandemic has also allowed us a huge set of learnings that would help in our TB elimination efforts.

She further highlighted the encouraging political commitment that has translated into increased domestic resource allocation for TB programmes, most notably in India and Indonesia, with 43% of the budget in 2020 coming from domestic sources. “TB case notifications have declined by 20-40% and outreach activities specifically related to increased case finding, preventive treatment and psycho-social support have been disrupted. The “Call for Action” in March 2017 has led to the implementation of revamped TB strategies within South-East Asia Region Member States towards ending TB. This was reiterated at the Delhi End-TB Summit of March 2018, in the run-up to the UN high-level meeting (UNHLM) in September 2018”, She added.

The Union Minister of State also raised concern over the fact that despite significant progress, the region as a whole, has missed the 2020 milestones of the End TB strategy and may also miss the 2022 coverage targets, unless immediate remedial action is taken. She noted. “With the next UN High-Level Meeting slated for 2023, there is an urgent need to review the progress and restructure our response accordingly. The Region needs to scale up preventive, diagnostic and treatment services, and substantially strengthen social protection measures including addressing undernutrition among TB vulnerable populations. We must adopt newer approaches with bold, ambitious, and strengthened commitments supported by appropriate resources. We also need to accelerate the development of new diagnostics, vaccines and drugs, use digital technology, Artificial Intelligence, and other innovations to advance TB response.”

At the end, she appealed all to unite and recommit to leverage on our strengths to together mobilize political commitment and resources and undertake actions to end TB.