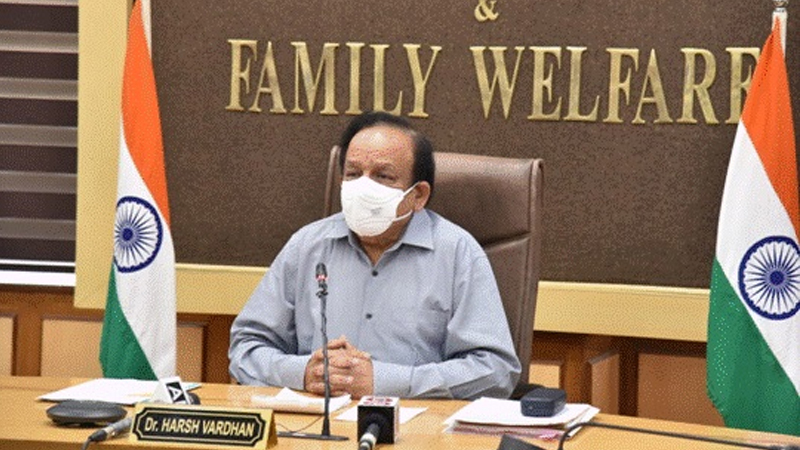 Dr. Harsh Vardhan gave a snapshot of India’s efforts to contain COVID-19 at the outset: “The recovery rate has been climbing up and stands at 93.94% today. In the last 24 hours we have had the least number of Daily New cases in the last 61 days with just over 1 Lakh cases (1,00,636). 1,74,399 recoveries were registered in the last 24 hours and our case fatality rate has been 1.20%. Today is the 25th day in succession where our daily recoveries outnumbered new cases.” 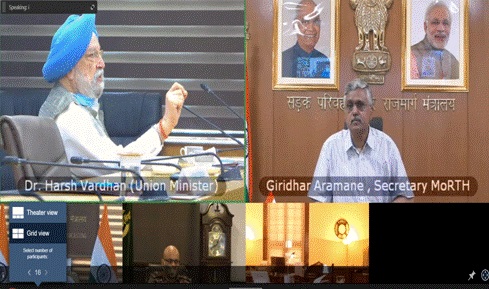 Speaking on vaccines and clinical intervention, Dr. Harsh Vardhan observed, “Till today morning, we have administered 23,27,86,482 vaccine doses to our countrymen in various categories. Talking specifically about the 18-44 age group, the first dose has been given to 2,86,18,514 people. As of today, over 1.4 Cr doses are still available with the states.” Talking about other categories, he noted that first doses have been given to 6,06,75,796 people in the above 60+ category and 7,10,44,966 in the 45-59 age group.

On the testing front, the Union Health Minister noted that “as of 7th June morning, we have conducted over 36.6 crore (36,63,34,111) tests so far and over 15 lakh tests yesterday despite being a holiday. The labs for testing purposes have also gone up to 2,624. Daily Positivity Rate has also been declining and is at 6.34% and even though this is less than 10% positivity rate for 14 consecutive days, there still are 15 states where the daily positivity rate is greater than 10%.”

In the second wave, we see that continuously daily cases are declining and are outnumbered by new recoveries 83% of active cases are in 10 states and the remaining 17% in 26 states/UTs. 7 States/UTs (Delhi, Madhya pradesh, Rajasthan, Haryana, Gujarat, Uttarakhand and Jharkhand) have less than thousand cases. 5 State/UTs (Jammu, Punjab, Bihar, Chhattisgarh and Uttar Pradesh) have less than two thousand cases. Even the most affected states like Maharashtra, Kerala, Karnataka and Tamil Nadu have observed decline in the number of cases at a significant rate. Growth rate has declined from 14.7% (5th May) to 3.48% (today). 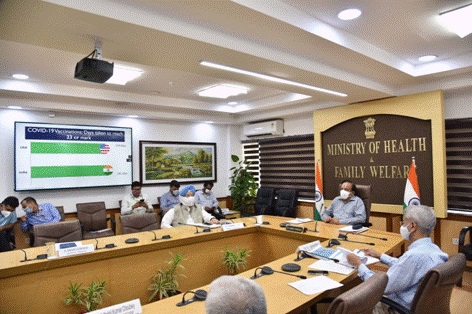 He also noted, “INSACOG sequencing labs are looking at the mutants which have significant potential of severely affecting the disease transmission. As of now, 10 National labs under INSACOG have sequenced around 30 thousand samples. 18 more labs have been added to the consortium recently to boost the capacity of sequencing.”

Dr. Harsh Vardhan praised the collaboration between Centre and the States in flagging emerging cases of Mucormycosis. So far, 28,252 cases have been reported from 28 states. Out of these, 86% (24,370 cases) have a history of Covid-19 infection and 62.3% (17,601) have a history of diabetes. Maharashtra has reported the maximum number of Mucormycosis cases (6,339) followed by Gujarat (5,486).

Speaking at the meeting, Shri Ashwini Kumar Choubey, Minister of State, Health & Family Welfare said that efforts should be made to overcome vaccine hesitancy. People should be encouraged to take vaccines as it is a vital tool to fight Covid-19.

Dr. V K Paul, Member Health, NITI Ayog presented a brief snapshot of the Vaccination status, preparedness for pediatric Covid 19 care, and the way forward to prevent the Third Wave at the Conference. He mentioned that India took 141 days to reach 23 Crore mark in terms of  cumulative doses administered, which remains the second highest in the world after the US, which did in 134 days. Also, India is one of the world’s fastest countries in terms of number of doses administered so far. Out of 88.7 Crore people who have been administered at least one dose globally, India accounts for 17.9 crore, which is 20.2 Percentage of the global coverage. He remarked that India is fully prepared to deal with pediatric Covid 19 care but caution remains the key as we deescalate. He expressed hope that the third Wave can be prevented if we continue following the Covid Appropriate Behaviour. 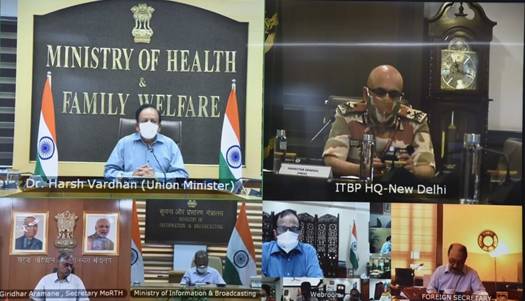 Shri. Giridhar Aramane ,Secretary, Ministry of Road Transport and Highways gave an Overview of Oxygen availability in the country and measures taken to ramp up the production and supply Chain. He mentioned that various initiatives have been undertaken to enhance Oxygen availability and distribution through increase in production capacity, setting up of Pressure Swing Adsorption plants, import of LMO & oxygen concentrators He remarked that Oxygen production has increased from 5,700 MT in Aug’20 to 9,500+ MT in May’21 and around 1,718 PSA plants (1,213 under PM Cares by MoHFW & DRDO, 108 by MoPNG, 40 by MoCoal, 25 by MoPower, 19 from Foreign Aid and 313 by State Governments) are being established. Further,  he highlighted that procurement of 1 lakh Oxygen Concentrators have been sanctioned under PM Cares Fund and an Oxygen Digital Tracking System (ODTS) – A Web and App based Tracking System has been developed to enable real time tracking of LMO movement in the country.

Chairman, EG-8 and Secy I&B Shri Amit Khare gave a brief snapshot of the Communication Paradigm of the Country. He praised all Central Ministries/PSUs/Autonomous Bodies and good work of State Governments /Districts / PRIs for their “Whole  Government” approach in battling this deadly disease. He emphasised the need to focus on Rural and Tribal Areas and involving community Leaders and Local Influencers, Frontline workers, Co-operatives, Panchayat Raj representatives and FMCG companies / Retail outlets / Trade Bodies in driving the message of Covid Appropriate Behaviour. He also highlighted the extensive work done by the Media Units of I&B such as PIB, AIR, DDNews and regional units in keeping the masses informed with authentic information. As a way forward, he advised to focus on emerging issues like COVID appropriate behaviour post vaccination, Black/White fungus, long term physical and mental care of COVID-affected, Orphaned Children and maintain overall Positive atmosphere