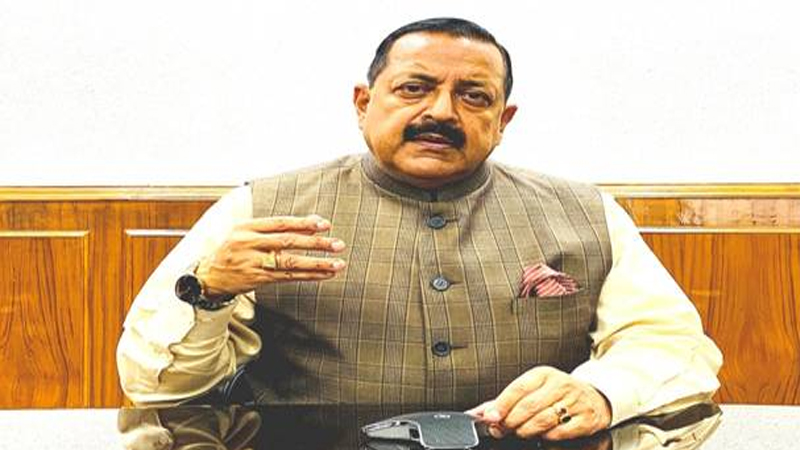 Union Minister of State (Independent Charge) Science & Technology; Minister of State (Independent Charge) Earth Sciences; MoS PMO, Personnel, Public Grievances, Pensions, Atomic Energy and Space, Dr Jitendra Singh today emphatically said that the era of working in Silos is over. He stressed the need for integrated theme based projects instead of a particular Ministry based or Department based projects.
In an exclusive media interview about his vision for the Ministry of Science & Technology which he took over two months back, the Minister informed that he has started holding regular joint meetings of all the Science Ministries as well as Departments and before the end of this month he will also hold a joint meeting of the Ministers of Science & Technology from all the States and UTs. This integrated approach will be further extended to include Start-Ups, industry and other stakeholders, he said.

In a novel initiative last week, Dr Jitendra Singh said, representatives from all the Science Ministries including Science & Technology, Earth Sciences, Atomic Energy, Space/ISRO, CSIR, Biotechnology etc separately engaged in extensive brain storming with each of the different Ministries in Government of India to work out what scientific applications could be utilised in which sector, ranging from agriculture, railways, roads, Jal Shakti etc. This is keeping in mind that every sector today has become largely dependent on scientific technology, he said.

Dr Jitendra Singh said, our greatest asset is Prime Minister Narendra Modi who not only has a natural predilection for science but is also forthcoming in supporting and promoting science and technology based initiatives and projects. He said, India’s scientific prowess is going to have a major role in the making of “Atma Nirbhar Bharat ” .

Referring to some of India’s recent path breaking initiatives which have been universally hailed, the Minister predicted that following the recent Space sector reforms, Indian Private Space Industry is slated to contribute to the core elements of global space economy ─ space-based services, launch services, manufacturing of launch vehicles and satellites, establishment of ground segment and launch infrastructure ─ to a considerable extent.
“I can say with all the confidence in my command that the quality of our scientific human resource is far superior to most other developed countries of the world”, Dr Jitendra Singh said. Citing the example of Space technology, he said, India is at present a frontline nation and the fact that even NASA procures data obtained by ISRO speaks volumes about our scientific progress.