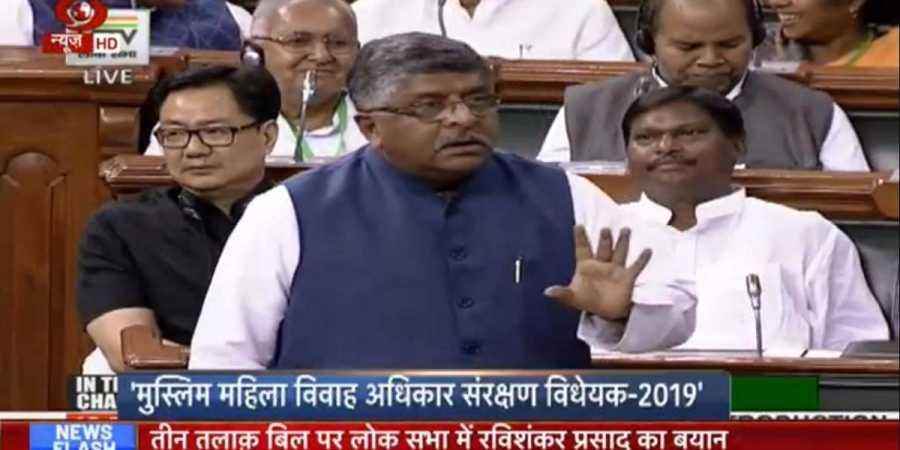 A fresh bill to ban the practice of instant triple talaq was introduced in the Lok Sabha today.
The Muslim Women (Protection of Rights on Marriage) Bill, 2019, which has been listed in the Lok Sabha’s agenda for today, will replace an ordinance issued in February by the previous BJP-led NDA government. With the dissolution of the 16th Lok Sabha last month, the previous bill had lapsed as it was pending in the Rajya Sabha.
The Bill proposes to make the practice of instant triple talaq (talaq-e-biddat) a penal offence. The new bill is a copy of the ordinance in force.
Under the Muslim Women (Protection of Rights on Marriage) Ordinance, 2019, divorcing through instant triple talaq is illegal, void and will attract a jail term of three years for the husband.