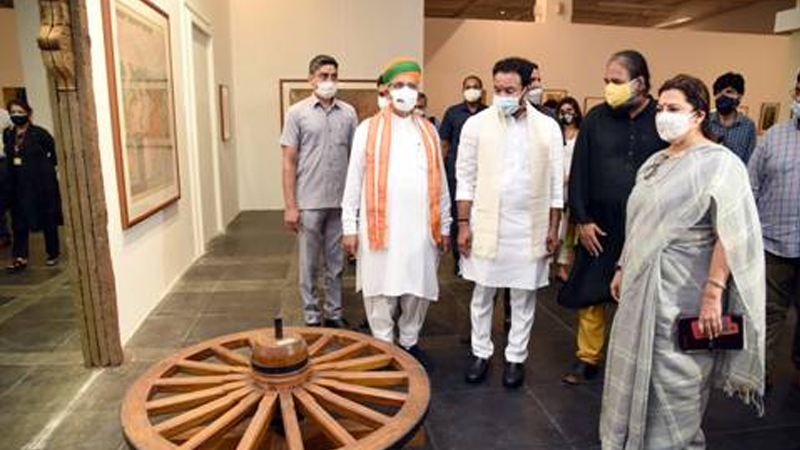 The Ministers visited the Jaipur House which has been renovated to house the works of renowned Artists like Amrita Shergill, RabindraNath Tagore, Raja Ravi Varma, Nicholas Roerich, Jamini Roy, Ramkinkar Baij among others. They also visited the Temporary exhibition hall and  Exhibition House (New Wing)  and perused the paintings and artworks installed there. The ministers showed special interest in the exhibition of paintings and Haripura panels of Nand Lal Bose which have been artistically displayed at the Gallery.

Shri Kishan Reddy along with Ministers of State also reviewed various initiatives of NGMA including virtual museum, audio-visual app among others on the occasion.

Speaking to media, Shri Reddy said that the National Gallery of Modern Art is being renovated in the context of Azadi ka AmritMahotsav as per the vision of  Prime Minister Shri Narendra Modi. The Minister explained that after the completion of the renovation and re-organisation works, the new look of the NGMA will be presented before the people as it will be re-dedicated to the nation. For this, a large number of paintings and artworks are being collected from different parts of the country to be displayed at the Gallery and this collection will remain available for the future generations of the country . Soon the best modern art gallery of the country will be ready in the capital of the country with a special collection, the Minister added. After its completion, it will be opened to the public , he disclosed. National Gallery of Modern Art  which houses  modernized and contemporary Indian art is one of the largest museums of modern art in the world. 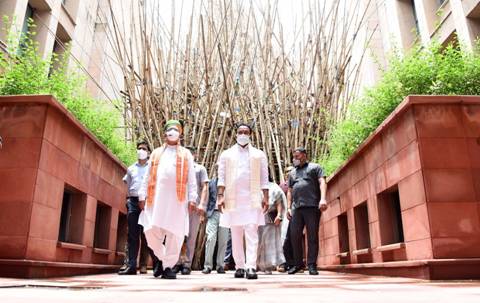 NGMA was established with the objective of promoting modern art in the country. It aimed to acquire and preserve works of art from 1850s onwards. The art collection of the NGMA is vast and eclectic.  Its treasures span miniature paintings to modernist interventions and au courant contemporary expressions. The NGMA had also acquired from various sources by way of purchases and gifts, works of various European and Far Eastern artists. There are in the collection many works by European artists who visited India in the 18th and 19th Centuries and portraits and exotic Indian scenes.