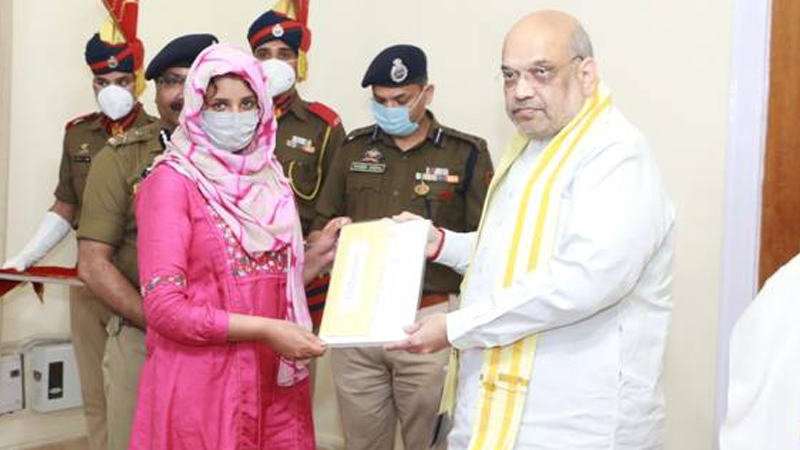 Shri Amit Shah handed over appointment orders on compassionate grounds to the following:-

It is pertinent to mention that the Union Home Minister, Shri Amit Shah during his last visit to Jammu & Kashmir in October 2021 visited the house of Martyr Inspector Pervaiz Ahmad Dar in Srinagar and  in 2019  and  handed over an appointment letter to the wife of martyr Inspector Arshad Khan. 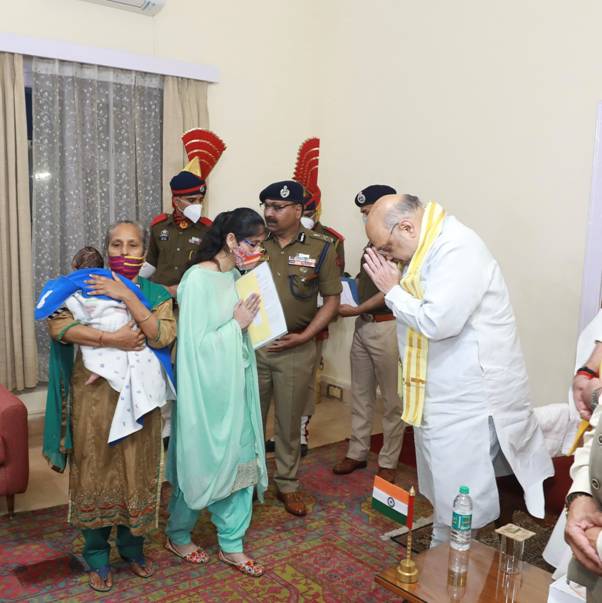 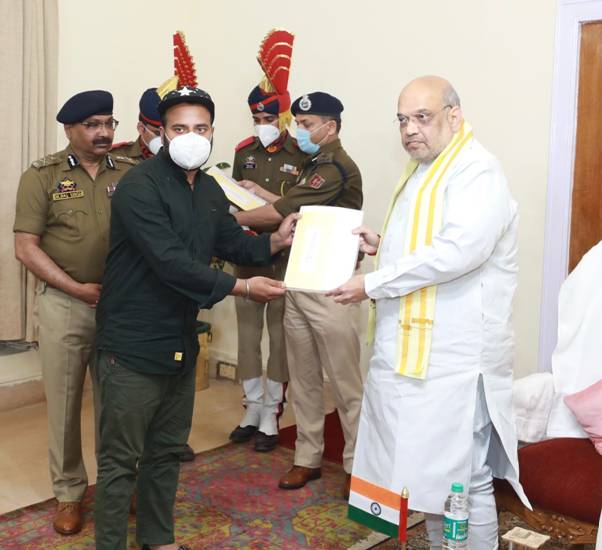