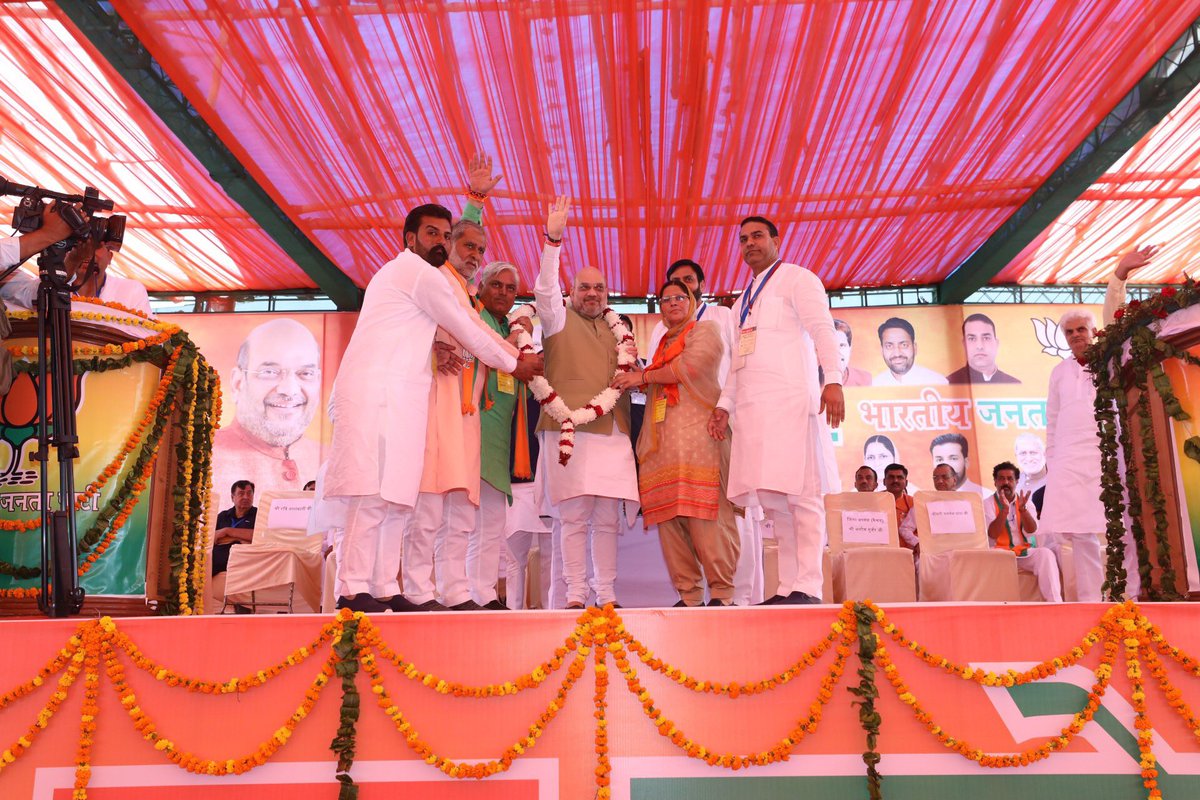 BJP National President Shri Amit Shah addressed his first election rally at Kaithal, Haryana. While addressing the rally he not only raised the issue of abrogation of section 370, and Balakot but local issues also.

Shri Shah said that Rahul Gandhi opposed the abrogation of section 370, he should tell the public of Haryana, whether he supports the government decision or not. He said that Haryana, a land which has given maximum soldiers to the forces, not like opposition of abrogation of 370.