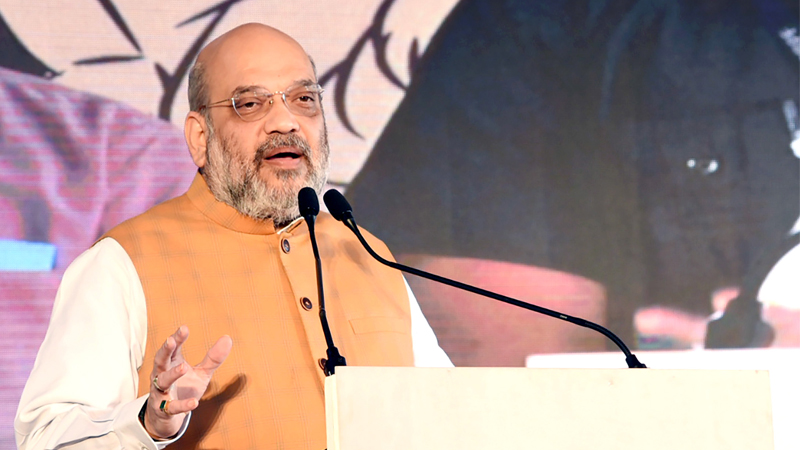 Union Home Minister Shri Amit Shah flagged off the Delhi-Katra Vande Bharat Express today from the New Delhi Railway Station and said it was a “big gift” for Jammu and Kashmir’s development.

Terming it as a big gift for Jammu and Kashmir’s development and for promoting religious tourism, Shri Shah also said that Article 370 was the “biggest roadblock” in the state’s development and within 10 years, it will be one of the most developed regions of the country.

Remembering Mahatma Gandhi on his 150th anniversary, Shri Shah said that Bapu gave a philosophy to the world of how to derive simple solutions to the biggest of problems. One such philosophy during the freedom movement was ‘Swadeshi’ and railways played an integral part in Gandhiji’s struggle for freedom by forming a connect with the people of India, he said. Shri Shah expressed pride in saying that this ‘Vande Bharat’ express is totally ‘Swadeshi’ and is at par with the latest rail transport technology across the world. This train is a big tribute that Shri Modi has given to the ideals of Bapu, with his vision of ‘Make in India’, he added. The Home Minister urged the Railway Minister to chart out the role of Railways in Gandhiji’s journey during the freedom struggle, during the ‘Gandhi@150’ celebrations.