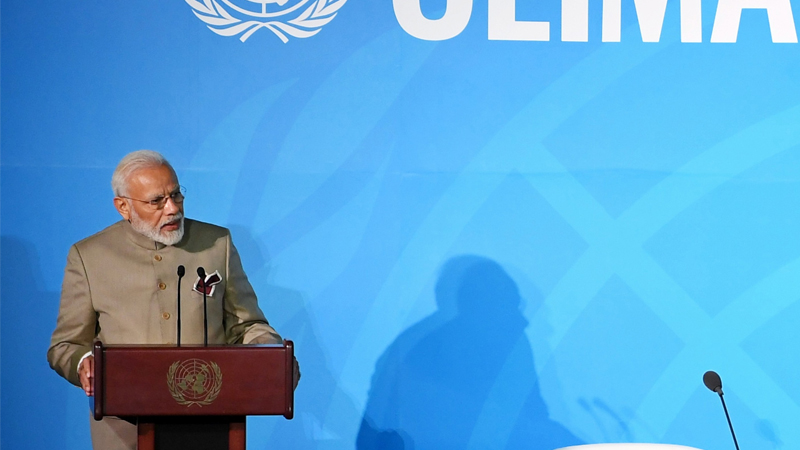 Prime Minister Shri Narendra Modi has called for comprehensive approach to avert climate crisis. Speaking at the United Nations Climate Change Summit in New York, he said India is spending 50 billion dollar in the next 5 years for judicious use of water.
Prime Minister said that India leads by example to prevent catastrophic developments due to climate change. He said, more needs to be done to tackle issues related to worsening of climate crisis. Shri Modi added that the time has come to make it a peoples’ movement.
In a brief address, the Prime Minister said, need and not greed has been the guiding principle of India. Shri Modi informed the world leaders that India has banned the use of single use plastic and urged global community to do the same. Prime Minister Shri Modi said, India has made significant progress in renewable energy options in keeping with its commitments. He narrated how the government has provided clean cooking gas connections to 150 millions of families and talked about India’s Jal Jeevan Mission for water resource development.
The Prime Minister also launched coalition for disaster resilience infrastructure to assist countries in making their infrastructure resilient. He invited all UN member nations to join the coalition.