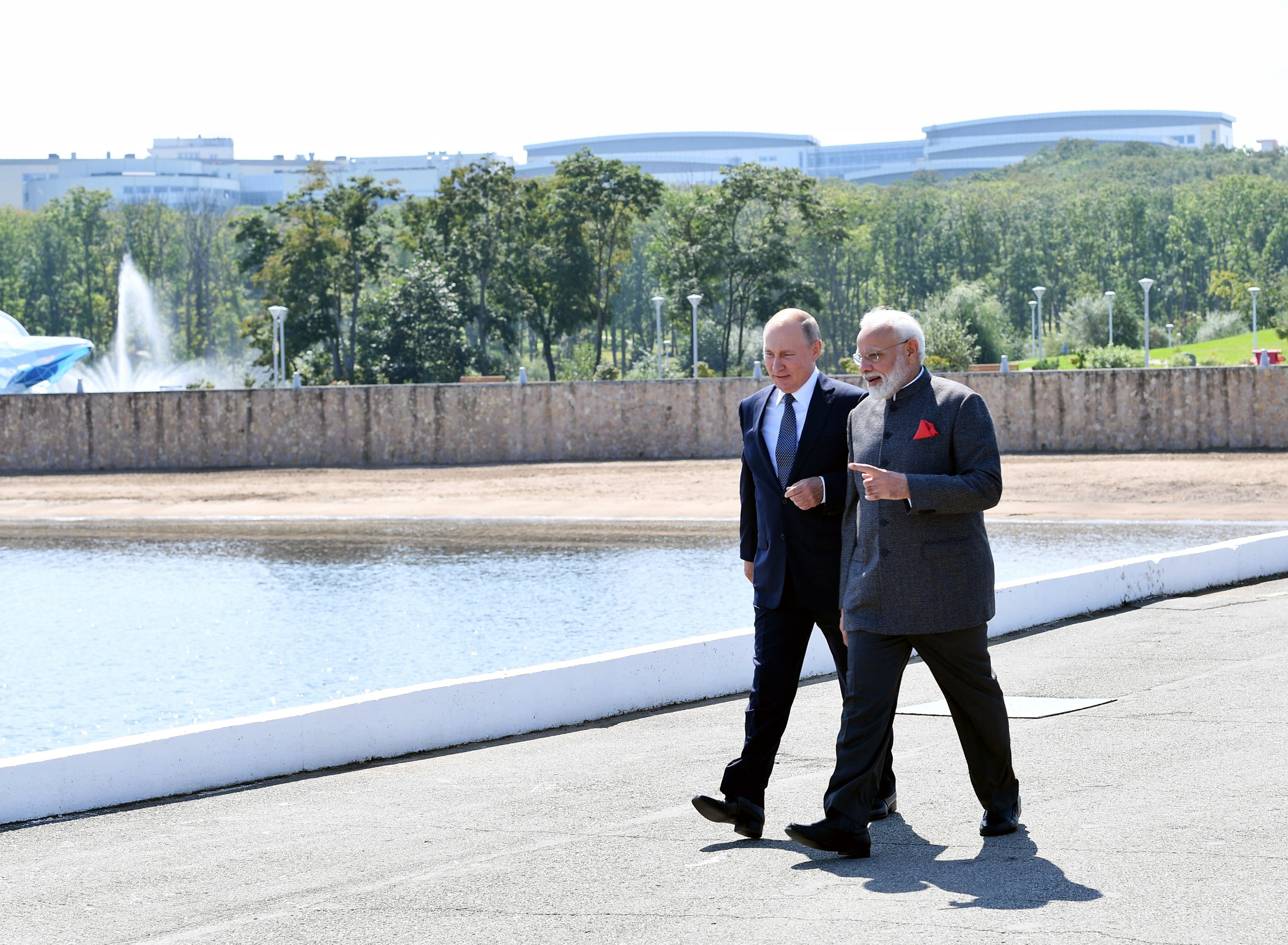 Ahead of his visit, in his departure statement, Prime Minister said his visit to Vladivostok is the first-ever by an Indian Prime Minister to the Far East Region of Russia and it underlines the desire on the both sides to strengthen the bonds of robust bilateral relations. He said the EEF summit presents enormous potential for developing close and mutually beneficial cooperation between Rusia and India in this region.

He said India and Russia enjoy excellent relations, based on the strong foundation of special strategic partnership and also have robust and growing trade and investment opportunities. The Prime Minister said, Our strong partnership is complemented by a desire to promote a multipolar world and the two countries closely cooperate towards this end in regional and multilateral fora.

Prime Minister said, As a part of efforts to boost cultural cooperation, a special stamp to commemorate Gandhi Ji’s 150th Jayanti would be released. An innovative App to popularise Yoga would also be inaugurated. Foreign Secretary Vijay Gokhale said, a gamut of issues related to enhancing cooperation in several areas are expected to figure during Prime Minister’s bilateral talks with Russian leadership.