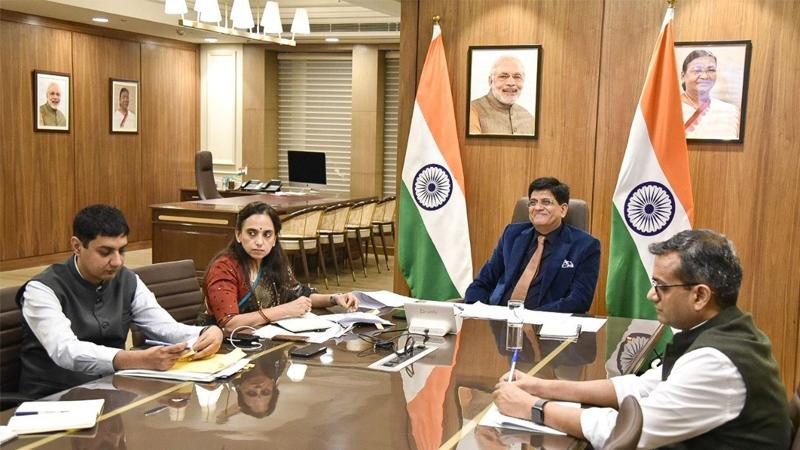 This is the sixth time the Forum has been convened since its reconstitution in December 2014 by the Governments of India and the USA. The Forum continues to be an effective platform for dialogue across key sectoral themes and to identify areas for closer collaboration for mutual benefit of both economies. Senior government functionaries, including Mr. Taranjit Sandhu, the Indian Ambassador to the US also participated in the meeting.

The CEO Forum, comprising of CEOs from leading Indian and US based companies, is co-chaired by Mr. N. Chandrasekaran, Chairman of Tata Sons and Mr. James Taiclet, President and Chief Executive Officer, Lockheed Martin.

Shri Goyal highlighted the significant growth of the India-U.S. economic relations driven by the common interest of promoting sustainability, emerging technologies, globally resilient supply chains, and small businesses. He also reiterated the importance of such dialogues in leveraging this momentum. Secretary Raimondo thanked Shri Piyush Goyal, the co-Chairs and CEO forum members for their participation and insightful identification of common focus areas that will further bolster the bilateral partnership between the two nations.

CEOs from both sides commended the two governments for implementing transformative reforms and initiatives undertaken to strengthen bilateral cooperation. The CEOs, under the seven working groups, presented priority areas to create stronger partnerships and boost growth across various critical areas such as Entrepreneurship and Promoting Small Businesses, Healthcare and Pharmaceuticals, Aerospace and Defence, ICT and Digital Infrastructure, Energy, Water and Environment, Infrastructure and Manufacturing, Financial Services, Trade and Investments, among others.

This dialogue will serve as the framework under which specific recommendations will be charted out during the sixth edition of the India-US CEO Forum, due to be held early next year.