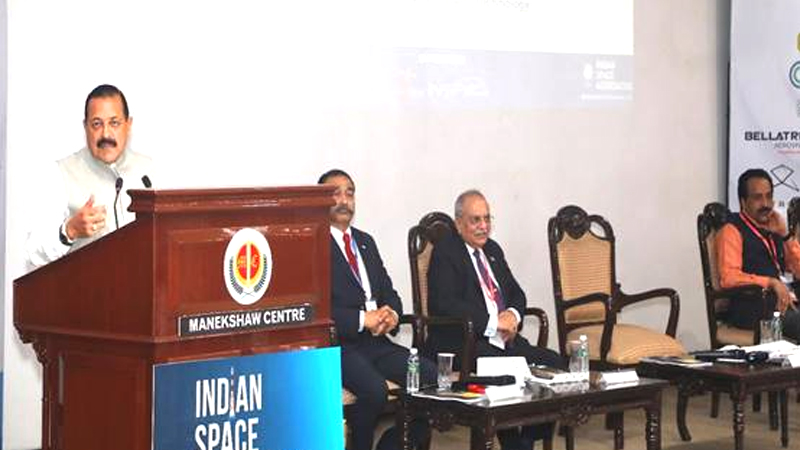 The Minister also informed that five PSLVs are being domestically produced by L&T and HAL, while OneWeb is all set to launch their satellites through ISRO and NSIL.

Speaking at the India Space Conclave in Delhi on the occasion of first anniversary of the Indian Space Association, ISpA, Dr Jitendra Singh said, the revolutionary and out of box decision of PM Modi to unlock the Space sector for Private Industry in June, 2020 changed the very nature of Space ecosystem of the country.

Dr Jitendra Singh said, Space reforms have unleashed the innovative potentials of start-ups and within a short span of time, from a couple of Space Start-ups three -four years back, today we have 102 start-ups working in cutting-edge areas of space debris management., nano-satellite, launch vehicle, ground systems, research etc. The Minister said, with the integration of R&D, Academia and Industry with equal stake, it is safe to say that a Space Revolution led by ISRO along with the Private Sector and Start-ups is on the horizon.

Dr Jitendra Singh said, the strength and innovative potential of our young and private industrial enterprise will take a lead in the global space technology disruption in times to come. He expressed hope that India’s young technology wizards shall breach new barriers in the field of Space Technology while they set out to address the limitless opportunities offered by the Space Domain.

Dr Jitendra Singh recalled that while launching Indian Space Association (ISpA), a premier industry association of space and satellite companies on 11th October, 2021, Modi said, “Our approach to space reforms is based on four pillars- freedom to the private sector in innovation, the role of the government as an enabler, making youth future-ready and seeing the space sector as a resource for the progress of common man”. The Minister lauded the role of ISpA for marvellously working in developing and forming global linkages for the growth of the Indian Space Industry in a short span of one year. He said, members of ISpA are continuously striving in undertaking policy advocacy and engaging in the reciprocation of knowledge and vision to make India a flag bearer in the sphere of Space tech domain.

Dr Jitendra Singh said, ISpA is acting as a major contributor toward supplementing the Indian Government’s endeavours to make India acquire a leading position in the arena of commercialised space-based excursions. He said, for this, ISpA’s role as a commune to deliberate interactions between the key stakeholders becomes a vital and critical one.

The Minister hoped that ISpA keeping the motto of ‘Atmanirbhar Bharat’ high will usher in important technological advancements and investments in the country which will eventually create high-skill job opportunities, while following the government’s approach to Space reforms.

Dwelling on the strategic relevance of Space in view of recent global conflicts, Dr Jitendra Singh said, Space, a dual-use technology domain, is emerging as an important multi-faceted enabler that provides unprecedented reach. He added that many nations are today focusing on developing their military space capabilities to ensure its safe, secure, and friendly use along with deterrence capability to deny it to adversaries, when necessary.

Dr Jitendra Singh elaborated that India too has resolved to leverage the strengths of this emerging dimension of warfare and in fact, Indian government is undertaking strong and decisive steps towards ensuring Atma Nirbharta in the Space Sector to ensure our private industrial capability and capacity are effectively energised and channelized to develop cutting-edge solutions which would give India a decisive edge over our others in times to come.

Dr Jitendra Singh highlighted the constructive role played by ISpA in engaging with the Telecom Regulatory Authority of India, Ministry of Defence and the three services to address their requirements and said that ISpA will play a much deeper role in supporting the capability and capacity-building initiatives of the Government in times to come. The Minister also thanked the Chairman and Director General of ISpA as well as their members for having put up a splendid show by organising this event. 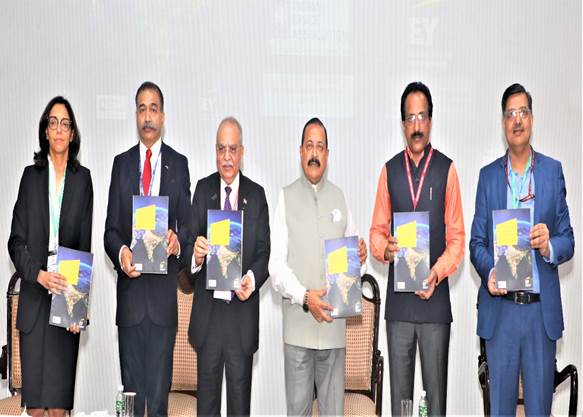 In conclusion, Dr Jitendra Singh said, the achievements of ISRO have earned us both Global recognition as well as admiration and it’s no less than an honour when ISRO is carving a special place in astronomical space with the World’s largest constellation of remote-sensing satellites. The Minister underlined that ISRO will keep making India proud of its achievements.