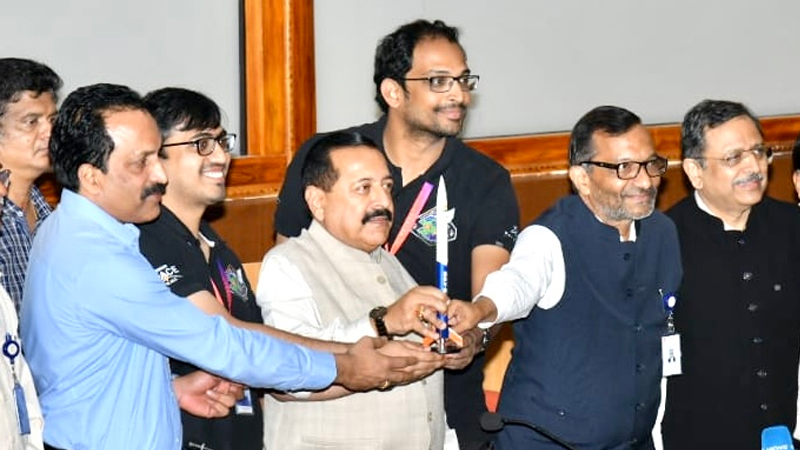 Soon after the successful launch of India’s first ever private Rocket launch, Union Minister Dr Jitendra Singh, who was personally present at the launching site, in his very first reaction said , “Congratulations India! A new beginning in India’s Space journey ! Thanks so very much PM Narendra Modi ji for making this effort possible by opening the Space sector to public-private-participation. A turning point for India’s Start-Up movement! Kudos ISRO for a new feather in your much decorated hat”. 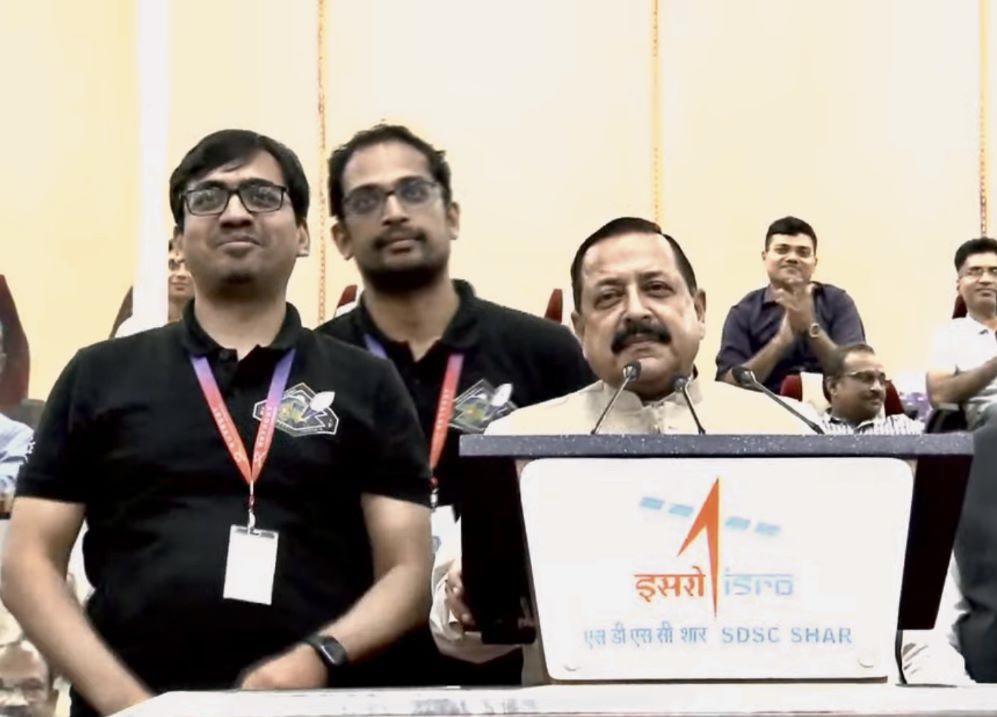 The Minister says, this is a major milestone in the journey of ISRO, after Prime Minister Modi unlocked the Space Sector in 2020 for private participation

ISRO says, “Mission Prarambh is successfully accomplished”, while the Skyroot Aerospace said, “Vikram-S makes history as the first private rocket of India to grace the skies”

In his brief congratulatory address to the Team ISRO and Skyroot Aerospace, an Indian Space-Tech StartUp, Dr Jitendra Singh said, “A Historic landmark under PM Narendra Modi! A turning point for Indian Start-Ups! A new beginning for ISRO” as the first ever private Rocket “Vikram-S” is in Space.

Dr Jitendra Singh said, ISRO has added another feather in its glorious Space Journey, setting a new milestone in the 75 years history of independent India. The Minister said, the launch has put India among the frontline Space Powers of the World and many aspiring countries will look forward to take cues from Indian expertise. He described this as a major milestone after Prime Minister Narendra Modi had unlocked the Space Sector in India two years ago for private participation.

Dr Jitendra Singh informed that Vikram-S is a single stage fuel rocket meant to test most systems and processes in Skyroot Aerospace’s project ahead of the launch of Vikram-1 next year. He said, the rocket goes to the max altitude of 81.5 kilometres and splashes into the sea and the overall duration of launch is about 300 seconds only.

Dr Jitendra Singh said that Skyroot was the first StartUp to sign a MoU with ISRO for launching its rockets. He said, apart from being the nation’s first private launch, it is also the maiden mission of Skyroot Aerospace, named “Prarambh”.

ISRO said in a statement that Mission Prarambh is successfully accomplished, while the Skyroot Aerospace said that Vikram-S makes history as the first private rocket of India to grace the skies. It carried a total of three payloads in space, including one from the foreign customers.

Dr Jitendra Singh recalled that Dr Vikram Sarabhai always insisted on ISRO playing a meaningful role “nationally” and said it was a vindication that during the eight years of the Government led by Prime Minister Modi, the youth talent of India, which was waiting to be explored, got new outlets to give full play to their potential with a fiery zeal. He said, India was always having the huge talent pool and passion to dream big, but finally it was Modi who gave them a perfect outlet.

The Minister underlined that PM Modi has enabled India to earn universal recognition for India’s science, technology, innovation capabilities and our StartUps are much sought after. The whole world is looking at India as an inspirational place, as it is helping budding countries in capacity building and satellite building including nanosatellites, he said.