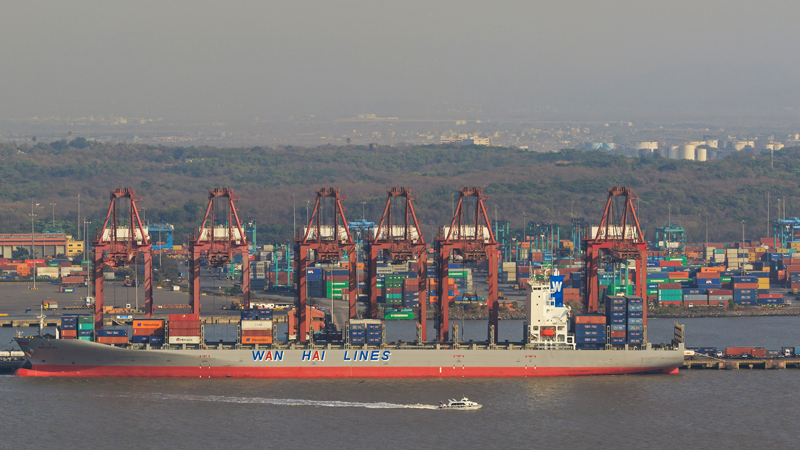 Jawaharlal Nehru Port Trust (JNPT), one of the premier container handling ports, witnessed an upswing in cargo handling and recorded a throughput of 453,105 TEUs in August 2021, a growth of 28.45% as compared to 352,735 TEUs in the same month last year. NSIGT handled 98,473 TEUs in August-2021, which is highest ever TEUs handled since its inception.

JN Port handled 79,583 TEUS of ICD traffic from 500 Rakes during August-2021 and the Rail-Coefficient in FY 2021-22 (Apr to Aug) was 18.27%. The efficiency and coordination of all stakeholders, including all Container Train Operators (both CONCOR and Private CTOs), Railways, and all Port Terminals, have contributed to the overall improved rail handling performance at JNPT.

During the month gone by, among a host of other initiatives, JNPT deployed nine e-vehicles and installed a dedicated charging station within the Port’s operational area as part of its sustainability and green port initiative. Furthermore, the biogas-based electricity generation was powered at JNPT’s Solid Waste Management Plant, and a dedicated website was launched to optimize real-time air quality monitoring at JNPT. To enable seamless port connectivity, several infrastructure projects, including phase two of LHS-Lane ROB and the road behind the JNCH-PUB have been operationalized.