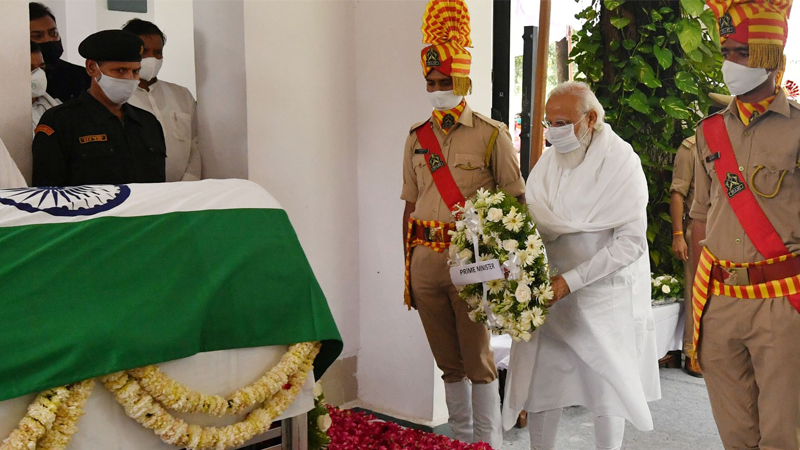 This is a moment of grief for all of us. Kalyan Singh ji’s parents named him Kalyan Singh. He lived his life in such a way that he lived up to the name given by his parents. He devoted his entire life for the welfare of people and he made it the mantra of his life. He dedicated himself to the Bharatiya Janata Party, Bharatiya Jana Sangh, and towards a bright future of the country.

Kalyan Singh ji’s name had become synonymous with trust across India. He was a committed decision maker and was always striving for the welfare of the people throughout his life. He became an inspiration to others in whatever responsibility he was given, whether as an MLA, or in the government or as a Governor. He became the symbol of faith for the masses.

The nation has lost a valued personality and an able leader. We should make efforts to compensate for his loss by following his ideals and fulfilling his dreams. I pray to Lord Rama to bless his soul and give strength to his family to bear this loss. May Lord Rama give strength to all those grieving, and who believe in his values, ideals and the culture and tradition of India.