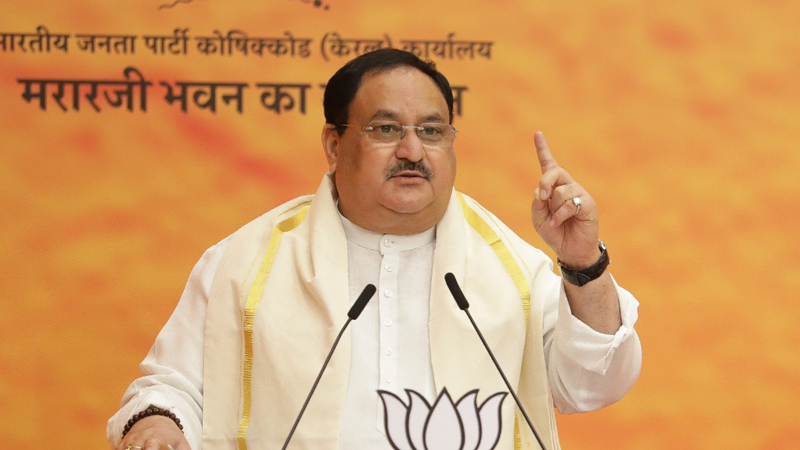 While congratulating all the party Karyakartas on Onam, the Hon’ble National President said that Kozhikode has been an old commercial town with a great historical heritage. The city is also known as the city of torches. Being a major coastal city of Malabar, Kozhikode also had contacts with the outside world such as Arab, Egyptian and European countries, due to which ancient Indian culture and knowledge was spread to these countries.

Hon’ble National President while paying homage to Shri Kalappa ji, popularly known as Gandhi of Kerala, said that being a social reformer, he had helped the socially neglected communities like schedule caste and schedule tribe and fought a long battle for the upliftment of these people. Kozhikode also associated with great mathematician Valluvanad ji, great philosopher Brahmadattan ji, Neelkanth ji and Madhavan ji who introduced the world to ancient Indian knowledge. Thus, Kozhikode has got a culture that unites many cultures together.