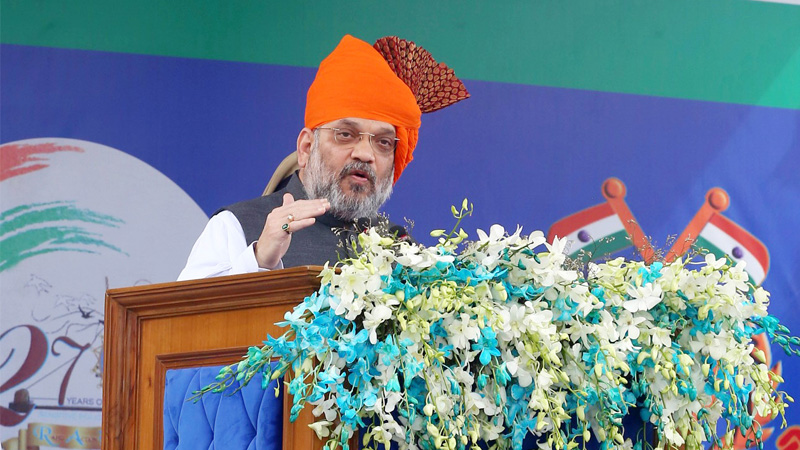 Union Minister for Home Affairs, Shri Amit Shah presided over as Chief Guest at the 27th Anniversary celebrations of the Rapid Action Force (RAF) of the Central Reserved Police Force (CRPF), in Ahmedabad today. Shri Shah also presented gallantry medals to the family members of the jawans who have laid their lives in the line of duty.

In his address Home Minister paid rich tributes to the officers and jawans who have dedicated their service to build a force to reckon with and be proud of. He especially mentioned the supreme sacrifice made by over 34000 soldiers of Indian police and paramilitary forces to guard the country’s borders and maintain internal security.

Shri Shah said that the Narendra Modi government has paid a true tribute to the supreme sacrifice made by these brave hearts by removing the Article 370 and 35A and laying down the foundation of a lasting peace in Kashmir. This step was the need of the hour so as to ensure that there is peace and development in the state and that the blood of our soldiers is not spilt any more. No government could dare for the last 70 years to take a decision that the sacrifices of the soldiers was asking us to take. Shri Shah congratulated the PM for taking such an unprecedented bold decision and assured the people of Kashmir that growth and development would return to them in an environment of peace now. He expressed confidence in the ability of the security forces to give a befitting reply to any attempt to disturb peace in Kashmir.