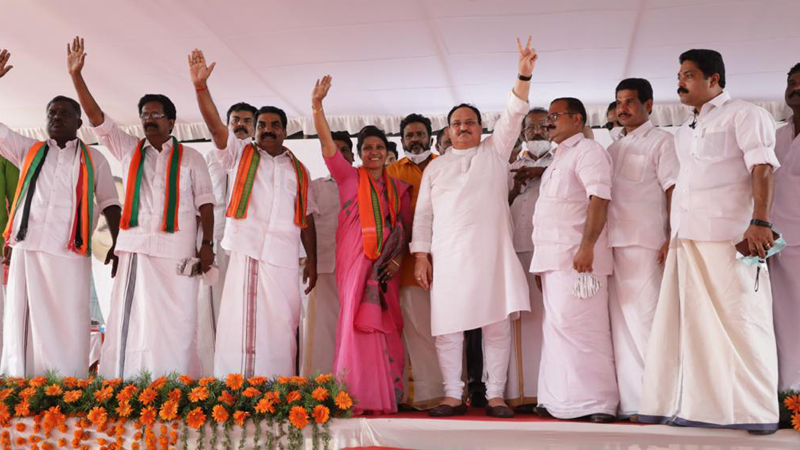 Bharatiya Janata Party (BJP) National president Jagat Prakash Nadda today addressed a public meeting in Thodupuzha Municipal Ground, Thodupuzha (Kerala) and attacked the Left Democratic Front (LDF) and the United Democratic Front (UDF) for their divisive and corrupt politics in Kerala. He is leading four massive roadshows in Dharmadom from Nalampeedika to Chakkarakkal, in Manalur from Vadanappally to Kanjani, in Nemom from Kaimanam to Pappanamcode and in Vattiyoorkavu from Ambalamukku to Peroorkada, today.