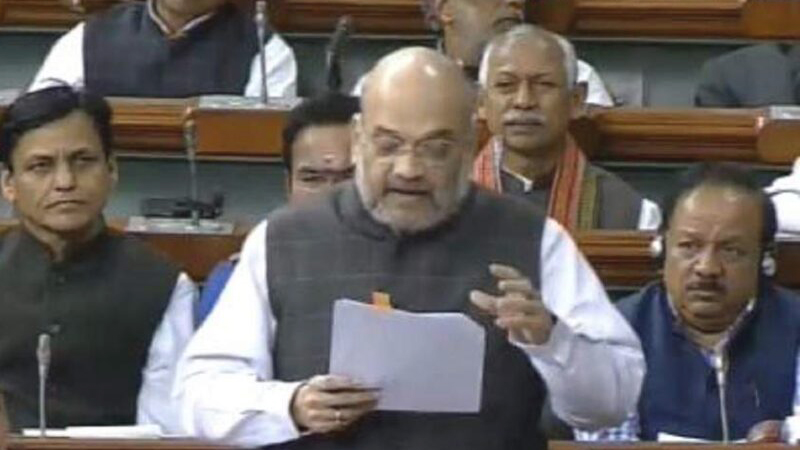 Lok Sabha passed the Special Protection Group (Amendment) Bill, 2019. According to the proposed amendment, the SPG will provide security to Prime Minister, and members of his immediate family residing with him at his official residence.

It will also provide security to former prime ministers, and his immediate family members residing with him at the residence allotted to him for a period of five years.

It says it is considered essential to amend the act to focus on the core mandate, as the security of the prime minister, as head of the government, is of paramount importance for the government, governance and national security.

Replying to the debate on the bill, Home Minister Shri Amit Shah said that the bill should not be seen as a political vendetta as the vindictive approach is not the ethos of BJP.

He clarified that the security cover has not been removed from the Gandhi Family but it has been changed to Z Plus security with CRPF and Ambulance.

He said, the decision to withdraw SPG cover from the Gandhi family was taken after proper professional threat assessment and no political vendetta is behind this.

Shri Shah said, it is the responsibility of the government to not only provide security to the Prime Minister but also to every citizen of the country.

He said, as per original Act, SPG cover solely meant for the security of the Prime Minister. Shri Shah said, the main aim of bringing the amendment is to make SPG more efficient in securing Prime Minister.

The Home Minister also cited the number of instances when the Gandhi family members undertook several trips without SPG cover. Later, Congress party members staged a walkout from the House.