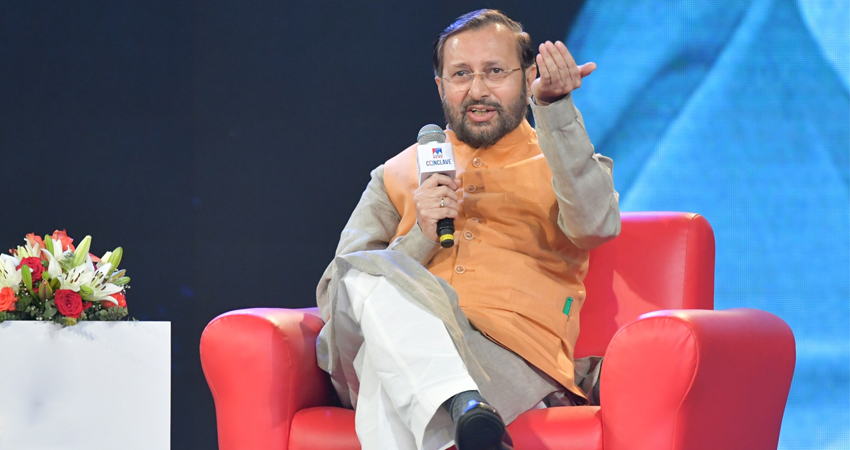 Union Minister for Information & Broadcasting, Environment, Forests and Climate Change Shri Prakash Javadekar said that Perform, Reform and Transform are the three pillars on which New India’s vision has been build upon. He was delivering the keynote address on the topic ‘New India: Government and Media’ at the News Conclave at Kochi, Kerala.

Shri Javadekar said that the New India envisioned by government will be corruption free, terror free, casteism free, communalism free and poverty free. “We have a diverse country. Diversity is the spirit of India. Live and let live is the basis of Indian philosophy”, he said.

The minister reaffirmed his government’s ever continuing commitment towards media freedom. “Media freedom is the essence of democracy. But it must be also understood that in a democratic civil society, freedom has to be responsible freedom. Responsible freedom is not regulated freedom; its self regulation using our own methods,” he said.

Union Minister said that incidents of mob lynching are even happening in the country due to rumours spreading in social media. This happens because of the absence of an authority or self regulatory mechanism in social media, he said.

Replying to questions, the minister said that the government welcomes all kind of criticism as they give insights into governance. “We believe in free institutions because they are the strength of democracy”, the minister added. Touching upon the media freedom in Kashmir, Shri Javadekar said that though there was a phase of reasonable restrictions, most of them have been being progressively removed every day; and we will have a completely normal, new Kashmir and new India.