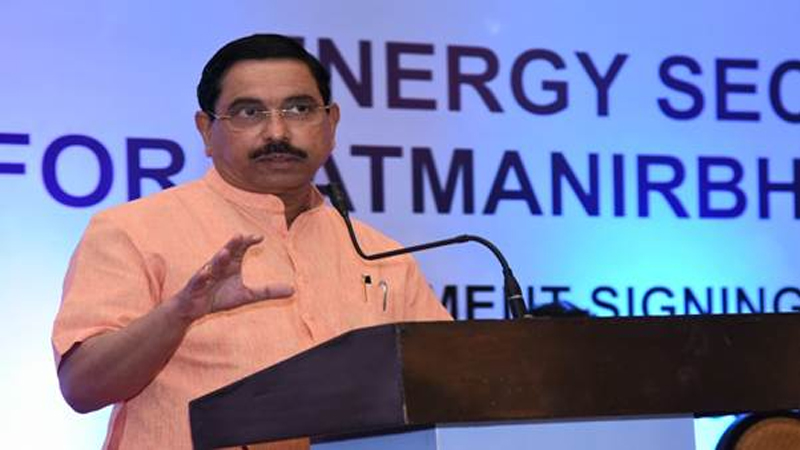 Union Minister of Coal, Mines and Parliamentary Affairs Shri Pralhad Joshi said that in the near future more than 107 coal blocks will be made available for auction by the Ministry of Coal. He was addressing a function in which the Ministry of Coal has executed agreements with the successful bidders for 16 coal mines under sale of coal of 13th tranche, 14th tranche and second attempt of 12th tranche here today. The Minister said that during the last four months Coal India Ltd has set new record by producing around 207 million ton coal. Ministry of coal is targeting production of 900 million ton this financial year and the target of CIL comes to 700 million ton.

Shri Joshi pointed out that Indian economy is growing at a very fast pace and coal based power generation has recorded 16.8 % increase this year and the production of domestic coal has gone up by 22 %.  By the year 2030 India’s coal requirement will be of 1.5 billion ton, the minister stated.   Recalling the valuable guidance from the Prime Minster for bringing about reforms and transparency in the coal sector, Shri Joshi called upon successful bidders to ensure healthy competition.

Minister of State for Coal, Mines & Railways, Shri Raosaheb Patil Danve, Secretary Coal Dr. Anil Kumar Jain, Additional Secretary Shri M. Nagaraju and other senior functionaries of the ministry attended the function. The event marked the successful allocation of 43 coal mines till date since the launch of commercial coal mining in the country by the Prime Minister Shri Narendra Modi in June, 2020.

The total annual revenue generation from these three tranches of commercial auction is estimated at Rs.4286.53 crore considering production at aggregated Peak Rate Capacity level of 23.77 million ton per annum. Once fully operational, these coal mines are expected to generate employment for 31,954 persons directly & indirectly. A total investment of Rs.3565.50 crore will be incurred to operationalise these  mines.

In the second attempt of 12th Tranche, 11 coal mines were put up for auction. A total of seven bids were received for four coal mines from the bidders. Of these four mines, two or more bids were received for two coal mines which have been auctioned successfully and remaining two coal mines received single bid and were allocated to the successful bidders pursuant to receipt of directions from Empowered Committee of Secretaries (ECoS). The winning percentage revenue share for all these tranches are ranging from 5% to 344.75% with an average percentage revenue share of 58.07%.

It may be recalled that Coal Ministry has enhanced incentive for coal gasification from 20% to 50% from 3rd tranche onward.  This will lead to fulfilling the vision of Prime Minister to achieve 100 MT coal gasification by 2029-2030.

SBI Capital Markets Limited, transaction advisor to the Ministry of Coal for commercial coal mine auction, had devised the methodology and assisted the Ministry in the auction process.