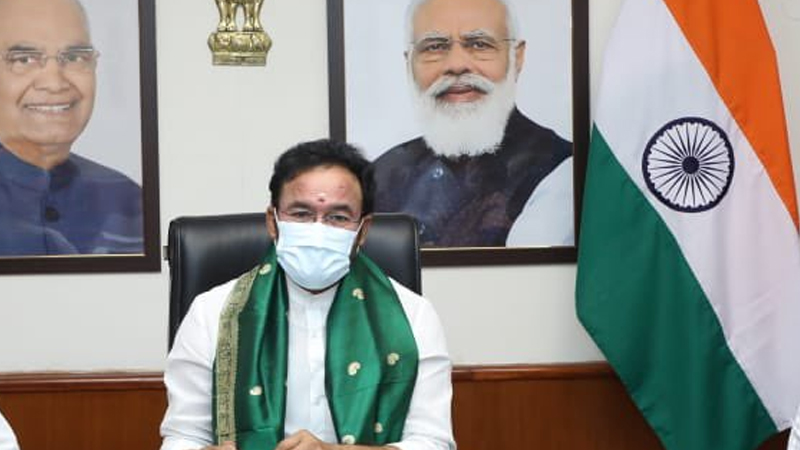 Sri G Kishan Reddy the union minister for culture, tourism and development of north eastern region (DoNER) said “the government under the leadership of our Prime Minister Shri Narendra Modi is making relentless efforts towards fulfilling the vision of a prosperous farmer for a prosperous nation”. He added “farmers are the bedrock of our country’s strength and since 7 years our focus has been on the farmer centric policies with a focus on doubling farmer’s income”.

Recently, The Cabinet Committee on Economic Affairs (CCEA), chaired by the Prime Minister has approved a revival package of Rs.77.45 crore (Rs. 17 crore towards fund based support and Rs.60.45 crore towards non-fund based support) for revival of North Eastern Regional Agricultural Marketing Corporation Limited (NERAMAC), a central Public Section Enterprises under the administrative control of Ministry of Development of North Eastern Regional (MDoNER). The Union Minister G Kishan Reddy said “The revival of NERAMAC will ensure remunerative prices to the farmers and provide better farming facilities and training to the farmers of the North Eastern Region”. 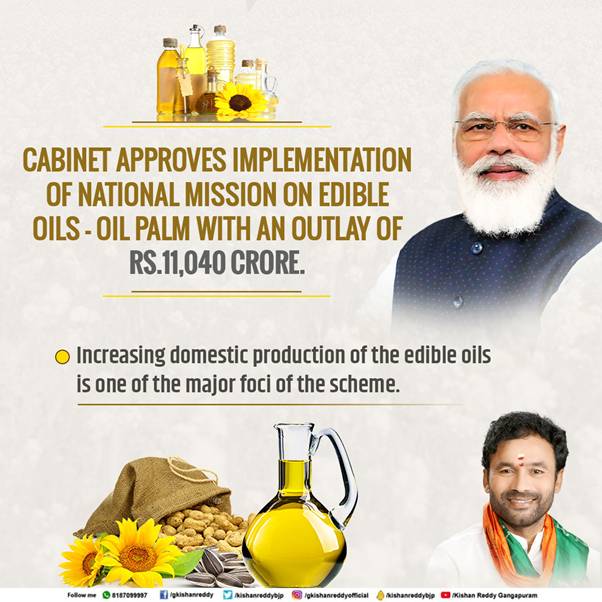 On the same day, the Union Cabinet also approved the National Mission on Edible Oils – Oil Palm (NMEO-OP) as a new Centrally Sponsored Scheme with a special focus on the North east region and the Andaman and Nicobar Islands.

The Mission aims to increase the area under cultivation for Oil Palm by an additional area of 6.5 lakh hectare (ha.) thereby reaching the target of 10 lakh hectares in the next 5 years. “India is the largest edible oil importer in the world and imports 133.50 lakh tonnes costing 80 thousand crores. The decision taken under the Prime Minister’s leadership will ensure us to be self-reliant and cut our import bill thus contributing to the Hon’ble Prime Minister’s vision of an Atmanirbhar Bharat”.

The Union Minister Sri G Kishan Reddy added “the government has identified the North Eastern region as a special focus area as the target set for the North east in the next 5 years is more than 50% of the overall target of 6.5 lakh hectares set for the entire nation. On behalf of the farmers of the north eastern states, I am grateful to the Prime Minister for this visionary decision”.

The Minister also highlighted existing experience of states such as Mizoram in the North-eastern region that are ranked among the top 5 cultivators of Oil Palm in the country. “Farmers of states such as Mizoram already have significant Oil Palm cultivation experience and we can leverage their expertise in the rest of the North eastern states”, he said.