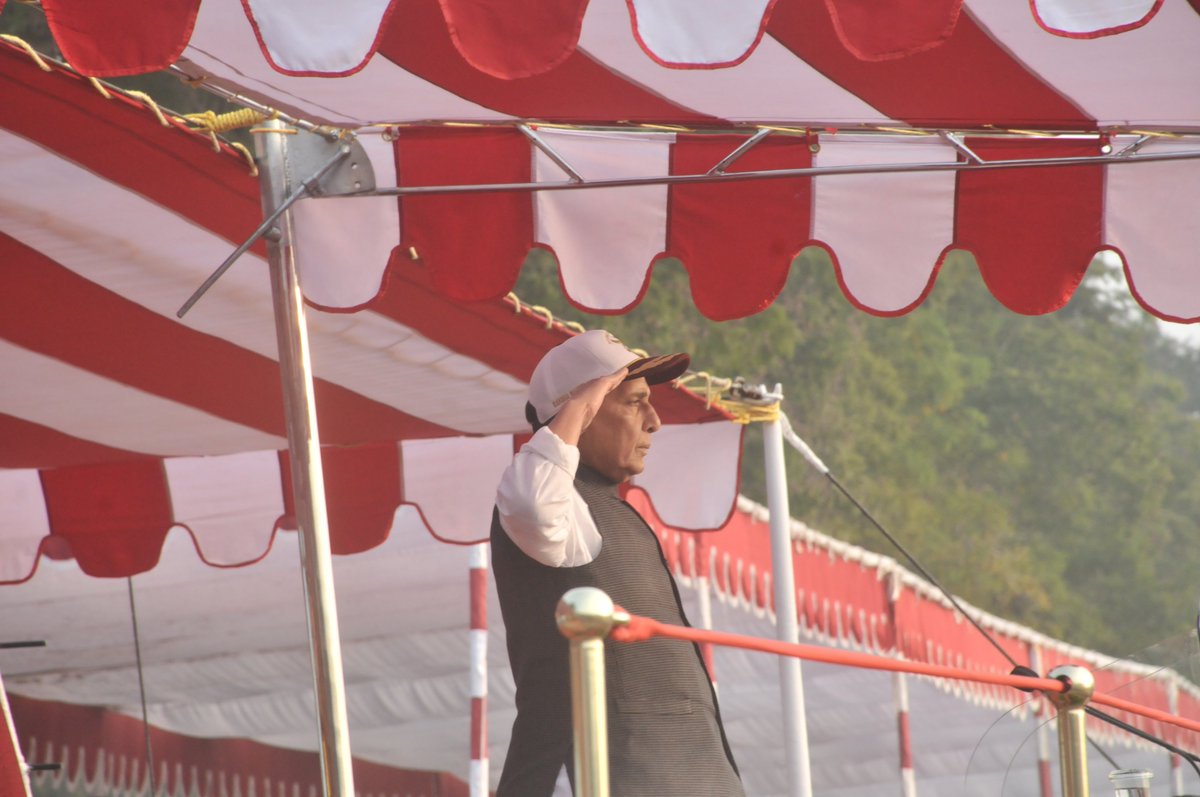 Defence Minister Shri Rajnath Singh has said that Pakistan’s efforts of a proxy war against India in the form of terrorism will not succeed.

He was speaking at National Defence Academy in Pune after reviewing the Passing out Parade of 137th batch. Shri Singh asserted that Pakistan has now become isolated after being exposed to the issue of terrorism at the global platforms.

Giving credit of strike capability against terrorism to the Armed Forces, the Defence Minister said they are the country’s strength.  The cadets presented an impressive parade, which concluded with a fly-past of Sukhoi fighter planes and Sarang helicopters.