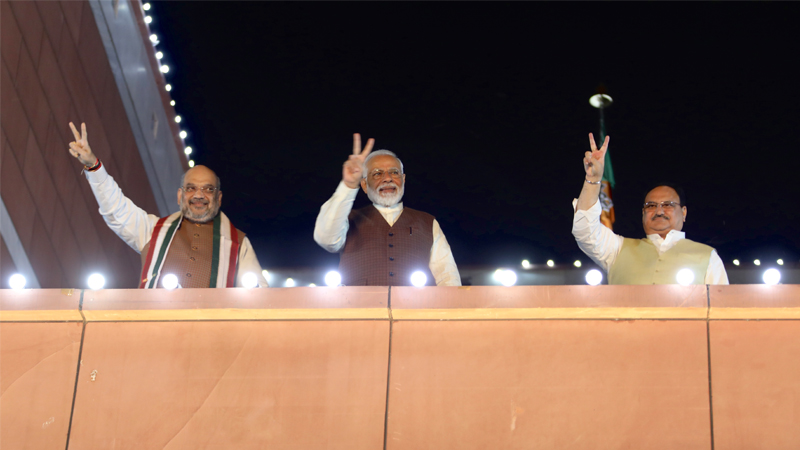 Prime Minister Shri Narendra Modi has said that people of Maharashtra and Haryana have reposed their trust in Chief Ministers and asserted that they will work even harder in the next five years to serve them. Addressing party workers at the BJP headquarters in New Delhi after victory in the Assembly polls, Shri Modi said, when governments often lose power after five years, it is remarkable that BJP dispensations in both states have been given a fresh mandate for five years. He described the party’s performance in Haryana as unprecedented and noted that its vote share had gone up to 36 per cent in this assembly polls from 33 per cent in 2014.

Shri Modi said, in Maharashtra in the last 50 years, not a single Chief Minister has been able to serve for 5 consecutive years. He said, BJP’s Devendra Fadnavis successfully completed a five-year term as Chief Minister.