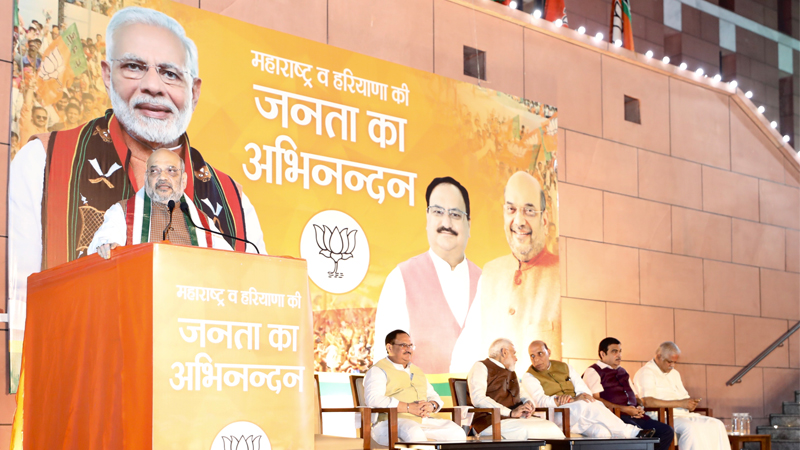 BJP President Shri Amit Shah said, in Maharashtra, BJP-Shiv Sena is going to form the government once again with a majority. Addressing party workers at the BJP headquarters in New Delhi after victory in the Assembly polls, he said, in Haryana, there has been a 3 per cent increase in BJP’s vote share since the last time and BJP emerged as the largest party there. Shri Shah said, people have shown their faith in the speed with which Modi 2.0 government is working. Shri Shah also referred to various decisions of the Centre like ending special status to Jammu and Kashmir, criminalizing instant Triple Talaq and giving rights to 40 lakh residents of unauthorized colonies in Delhi, indicating that the BJP’s victory in both the states is an endorsement of these steps.