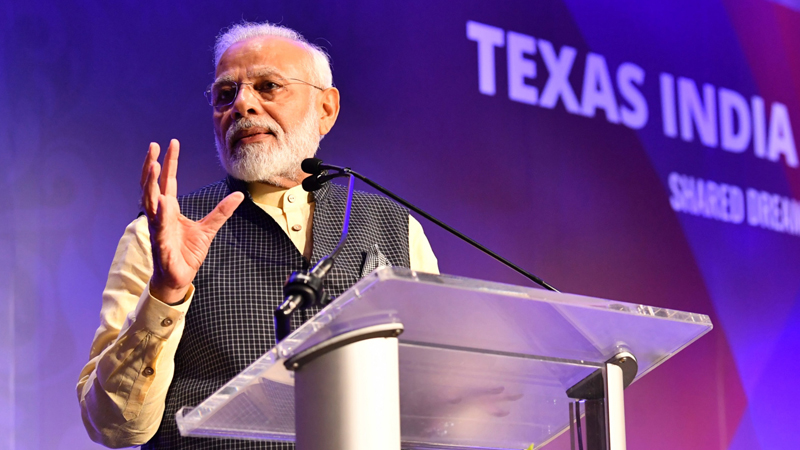 Addressing the massive gathering, Prime Minister said that new history and new chemistry are being made at the venue in Houston. “The presence of Donald Trump and the senators talking about India’s progress is a respect to the achievement of the 1.3 billion Indians”, Prime Minister said. He added that the energy at the stadium shows the increasing synergy between India and United States.

“The name of this event is Howdy Modi. But Modi alone is nothing. I am a person working for the wishes of 130 crore people in India. So when you ask – Howdy Modi, I would say all is well in India.”, Prime Minister said. Saying “Everything is fine” in multiple Indian languages,Prime Minister said that this unity in diversity is the strength of our vibrant democracy.