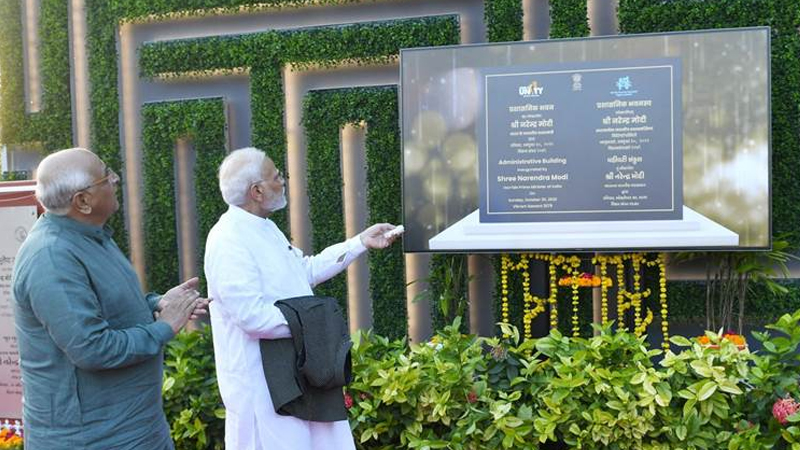 Sprawling over three acres with a pathway of 2,100 metres, this is the largest maze garden in the country that has been developed in a short span of eight months. The Maze Garden at Kevadia has been built in the shape of  ‘Yantra’ that emanates positive energy. The key objective for choosing this design was to bring about symmetry while focusing on building an intricate network of pathways. Winding through the puzzling roads of this garden will be challenging for the tourists’ minds, bodies and senses while giving them a feeling of triumph over hurdles while instilling a sense of adventure. As many as 1,80,000 saplings have been planted near this Maze Garden which includes Orange Gemini, Madhu Kamini, Glory Bowar and Mehndi. The location of the maze garden was originally a dumping site for debris which has now turned into a verdant landscape. The rejuvenation of this barren land has not only beautified the surroundings but also helped establish a vibrant ecosystem where birds, butterflies and honeybees can thrive. 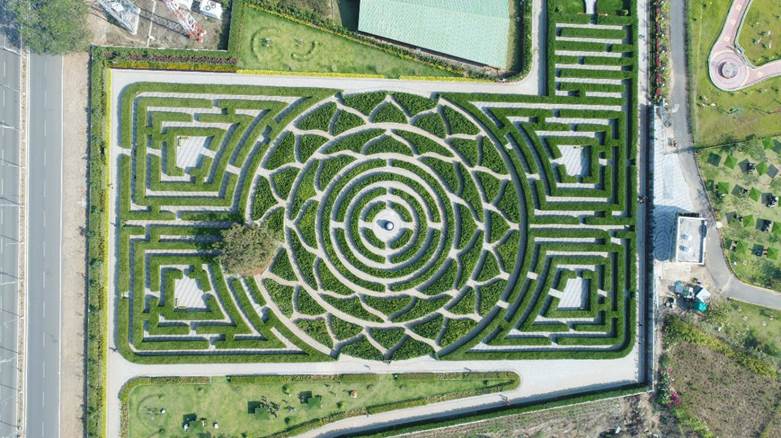 The Miyawaki Forest will be another tourist attraction for people visiting Ekta Nagar. This forest is named after the technique developed by a Japanese botanist and ecologist Dr Akira Miyawaki to plant saplings of various species that are planted close to each other which develops into a dense urban forest. The growth of plants is ten times faster using this method and as a result, the forest developed is thirty times denser. Through the Miyawaki method, a forest can be developed in just two to three years while it takes at least 20 to 30 years through the traditional method. The Miyawaki Forest will include the following divisions: A native Floral Garden, a Timber Garden, a Fruit Garden, a Medicinal Garden, a Miyawaki section of mixed species and a Digital Orientation Centre. 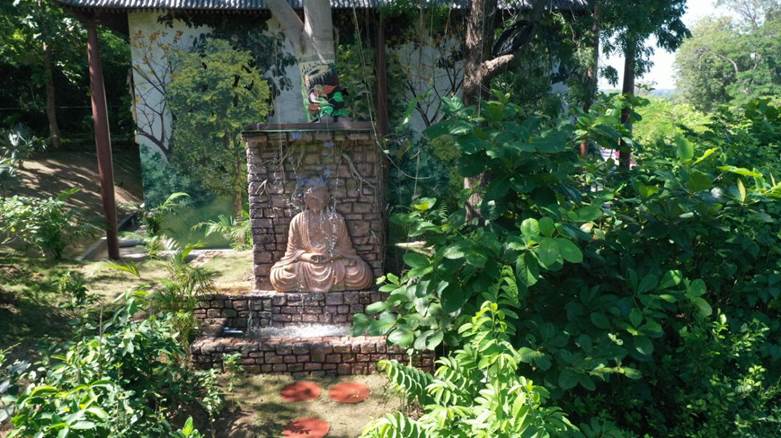 The development of these myriad tourist attractions has been guided by the vision of the Prime Minister to provide tourists with a holistic experience during their visit, and not remain a unidimensional experience. The close association of these attractions with nature reflects the focus on the environment and highlights the significance accorded to it in our culture. A special case in point is the recently developed Maze Garden, whose design is seeped into our culture and reflects how nature is a powerful tool to spread positivity.