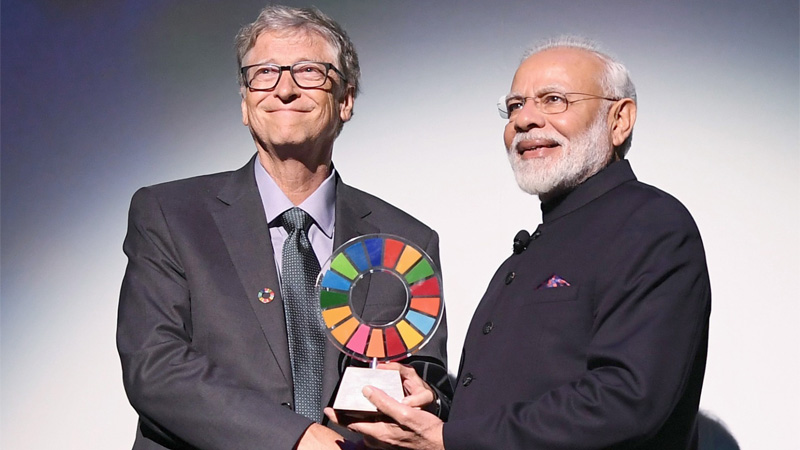 Prime Minister dedicated the award to those Indians who transformed the Swachh Bharat Abhiyan into a mass movement and made it a part of their daily lives.

“The success of the Swachh Bharat Mission is due to the people of India. They made this their own movement and ensured the desired results were attained.”, Prime Minister said after receiving the award.

Terming it as a significant moment personally to receive the award on the 150th birth anniversary of Mahatma Gandhi, Prime Minister said Swachh Bharat Abhiyan is proof that when 130 crore Indians take a pledge, any challenge can be overcome. He added that India is making remarkable progress in fulfilling Mahatma Gandhi’s dream of a Swachh Bharat.

“In the last five years, a record of more than 11 crore toilets were constructed. This mission has benefitted the poor and women of the country the most”, Prime Minister noted. In addition to improving sanitation and health, building of 11 crore toilets has also boosted economic activity in villages, PM added.

Speaking about improving global sanitation coverage, Prime Minister said that India is ready to share its expertise and experiences with other nations, so that there can be collective effort towards increasing sanitation coverage.