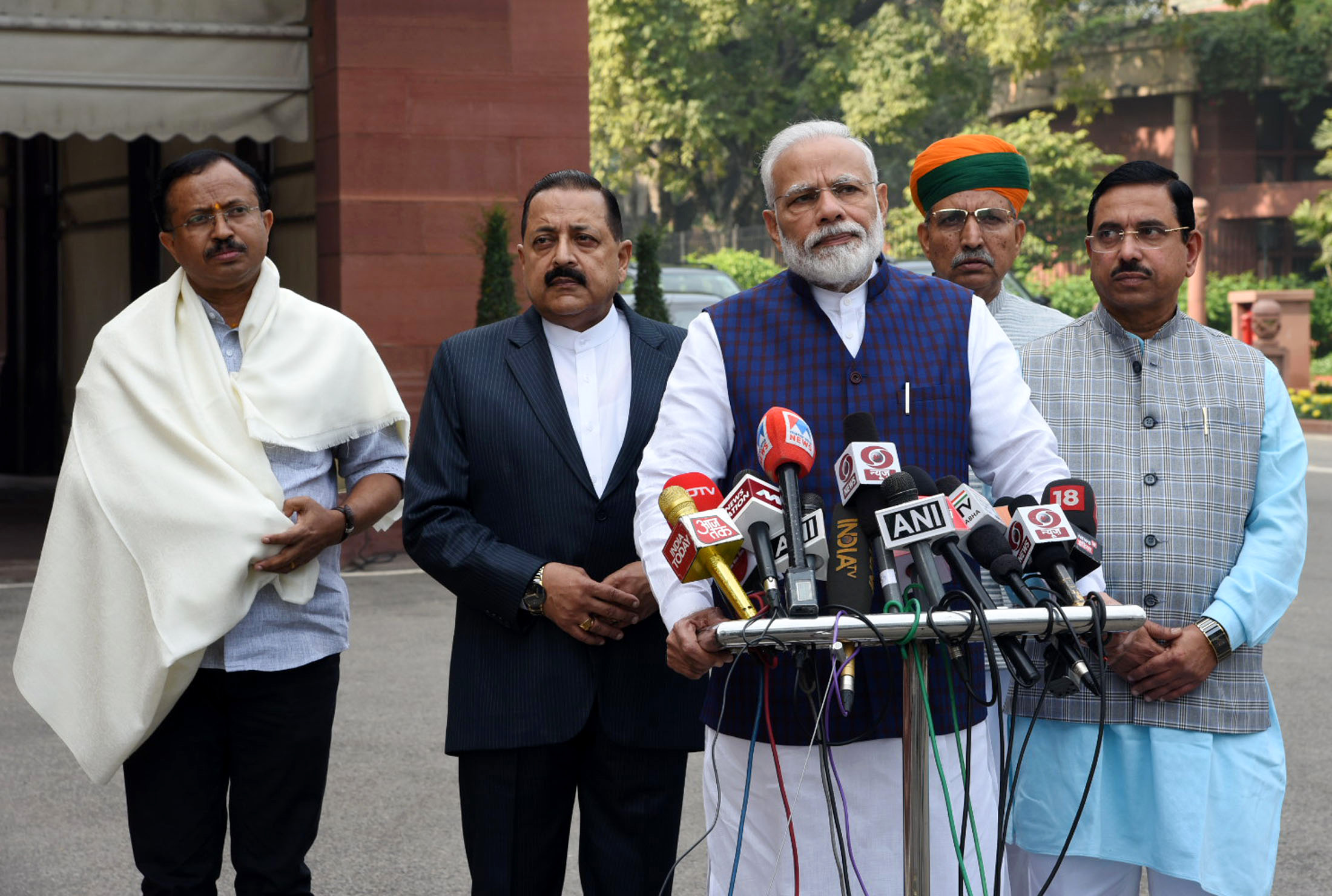 Prime Minister Shri Narendra Modi described the current session of Parliament as a very important one as it would be the Rajya Sabha’s 250th Session and also the 70th Year of the Indian Constitution.

Prime Minister also praised the Rajya Sabha for playing a major role in putting India on the track of progress.

He said the Constitution as the great doctrine that upheld the Unity, Integrity and Diversity of India.

Prime Minister appealed to all the MPs to actively and positively participate in various discussions as was the previous session, in order to help the country get the best out of their discussions, so that it can be used for the progress and welfare of the country.

“Last few days we had the opportunity to meet the various leaders of almost all parties. This session, like the previous one which met immediately after the formation of the new government, should also involve the active and positive participation of all the MPs. The last session saw unprecedented achievements. I have to publicly acknowledge with pride that these achievements belong to neither the Government nor the treasury benches but to that of the whole Parliament; all the members are the rightful owners of these achievements.

We want a discussion on all issues and it is necessary we have great debates either for or against and use the best solutions that come out of it for the betterment and welfare of the country.