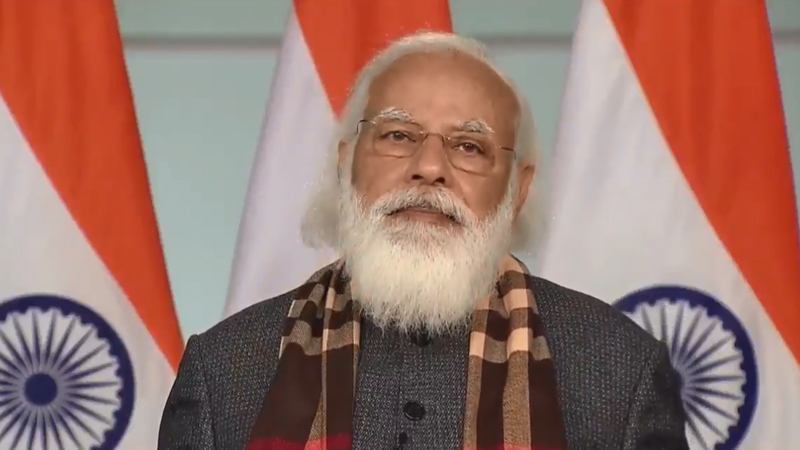 Prime Minister will preside over the inaugural function of the ‘Parakram Diwas’ celebrations at Victoria Memorial in Kolkata. In order to honour and remember Netaji’s  indomitable spirit and  selfless service to the nation, Government of India has decided to celebrate his birthday on 23rd January every year as ‘Parakram Diwas’ to inspire people of the country, especially the youth, to act with fortitude in the face of adversity as Netaji did, and to infuse in them a spirit of patriotic fervour.

A permanent exhibition and a Projection Mapping Show on Netaji will be inaugurated on the occasion. A commemorative coin and postage stamp will also be released by the Prime Minister. A cultural programme “Amra Nuton Jouboneri Doot”, based on the theme of Netaji, will also be held.

Before this event, Prime Minister will visit the National Library, Kolkata, where an International Conference “Re-visiting the legacy of Netaji Subhas in the 21st century” and an Artists’ Camp are being organized. Prime Minister will interact with the artists and conference participants.