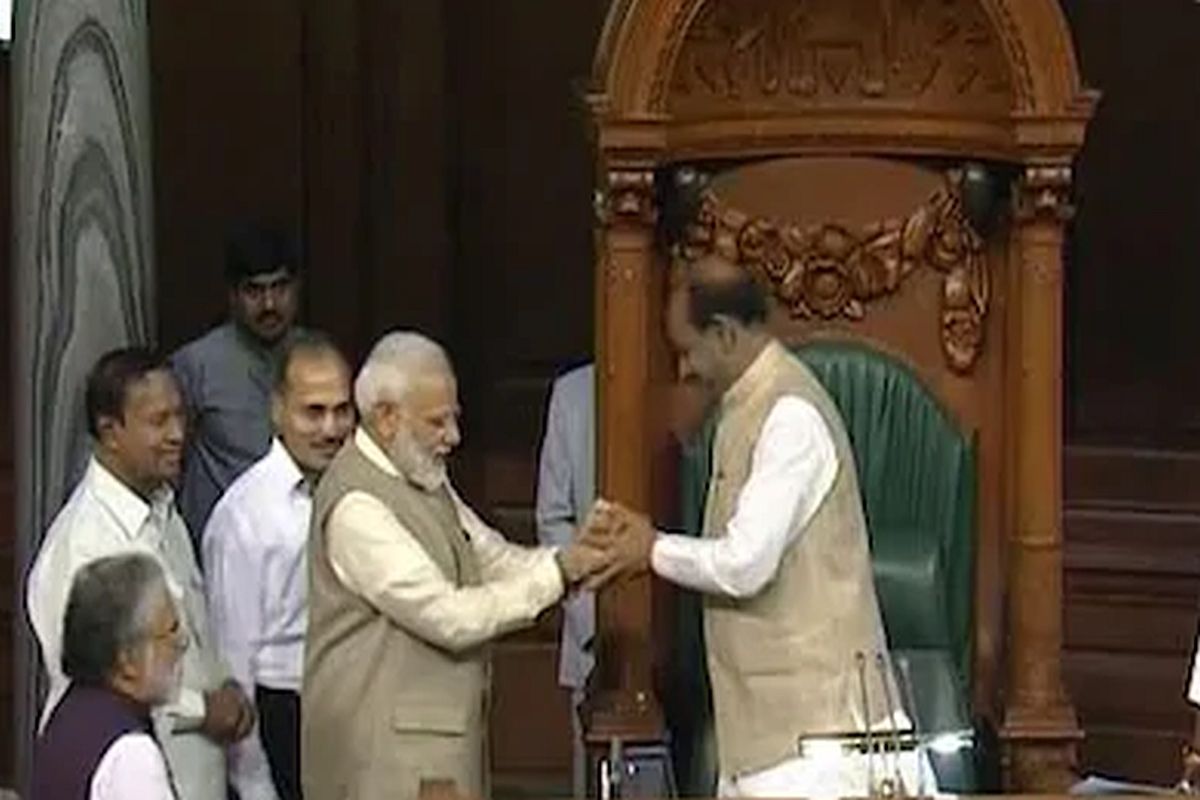 The Prime Minister, Shri Narendra Modi, welcomed the unanimous election of Shri Om Birla as the Speaker of the seventeenth Lok Sabha, in accordance with the highest traditions of the House.

Congratulating Shri Om Birla, in his address at Lok Sabha today, the Prime Minister said that it is a proud moment for all the members to have such a distinguished personality as the Speaker of the House.

He said that Shri Om Birla has been in public life for years, starting as a student leader and has been continuously serving the society. He commended the role played by Om Birla in the transformation and overall development of Kota, Rajasthan.

The Prime Minister also remembered his long association with the newly elected Speaker. He underlined Shri Om Birla’s dedication to service and his contributions towards the rebuilding efforts in Kutch after the earthquake and Kedarnath after the floods. He added that the seventeenth Lok Sabha is getting a compassionate leader as its Speaker.