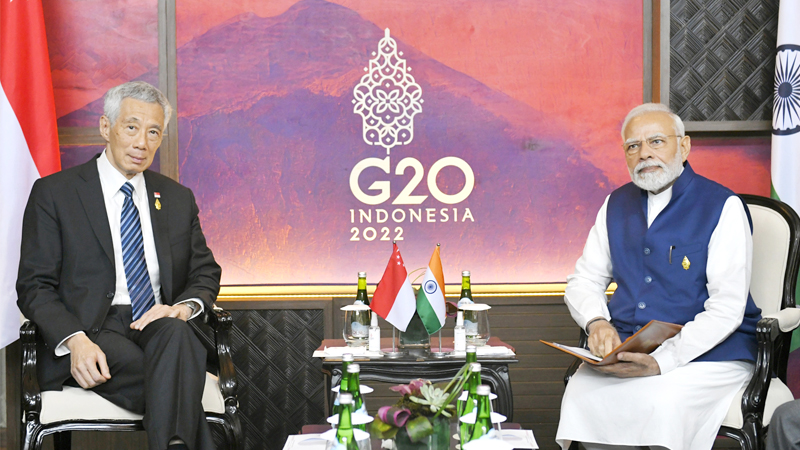 Both Prime Ministers took note of the strong Strategic Partnership between India and Singapore and regular high level Ministerial and institutional interactions, including the inaugural session of the India-Singapore Ministerial Roundtable, held at New Delhi in September 2022.

The two leaders also exchanged views on recent global and regional developments. Prime Minister Modi appreciated Singapore’s role in India’s Act East Policy and its role as the country coordinator of ASEAN-India relations from 2021-2024. Both leaders reiterated their desire for working together for furthering the India-ASEAN multi-faceted cooperation.

Prime Minister conveyed best wishes to Prime Minister Lee for the future and invited him to visit India for the G-20 Summit next year.

PM’s meeting with the President of France 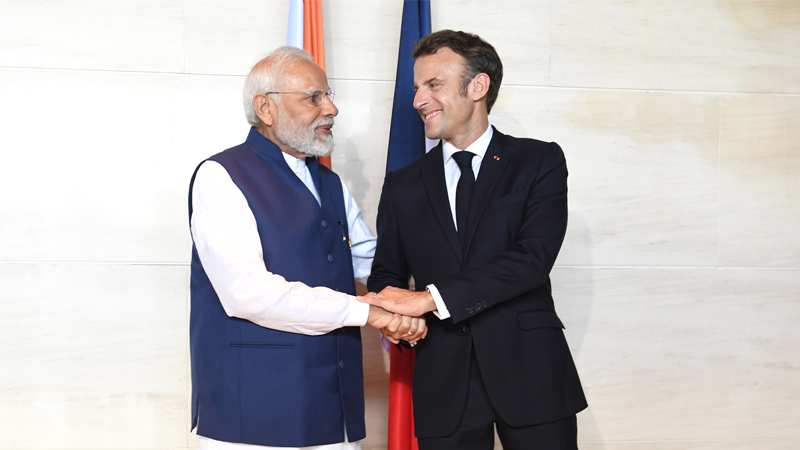 Prime Minister Shri Narendra Modi met H.E. Mr. Emmanuel Macron, President of the Republic of France, for a working lunch on the sidelines of the G-20 Summit held in Bali today.

The two leaders reviewed ongoing collaboration in diverse areas like defence, civil nuclear, trade and investment. They also welcomed the deepening of cooperation in new areas of economic engagement.

Regional and global issues of mutual interest were also discussed.

PM’s meeting with Chancellor of the Federal Republic of Germany 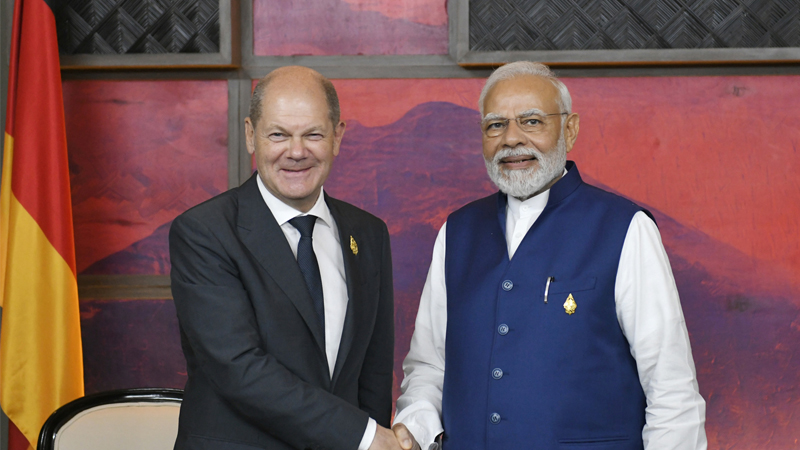 Prime Minister Shri Narendra Modi met the Chancellor of the Federal Republic of Germany, H.E. Mr. Olaf Scholz on the sidelines of the G-20 Summit in Bali today.

This was the third meeting between the leaders this year; the previous meetings took place during PM’s visit to Berlin on 2 May 2022 for the 6th India-Germany Inter-Governmental Consultations, which was followed by Prime Minister’s visit to Schloss Elmau in Germany, as partner country for the G7 Summit at Chancellor Scholz’s invitation.

The leaders discussed the wide range of bilateral cooperation between India and Germany, which entered a new phase with the signing of the Partnership on Green and Sustainable Development by Prime Minister and Chancellor during the IGC. They also agreed to deepen trade and investment ties and further increase cooperation in the areas of defence and security, migration and mobility, and infrastructure.

Both leaders agreed to enhance cooperation and coordination in multilateral forums including G20 and the UN.