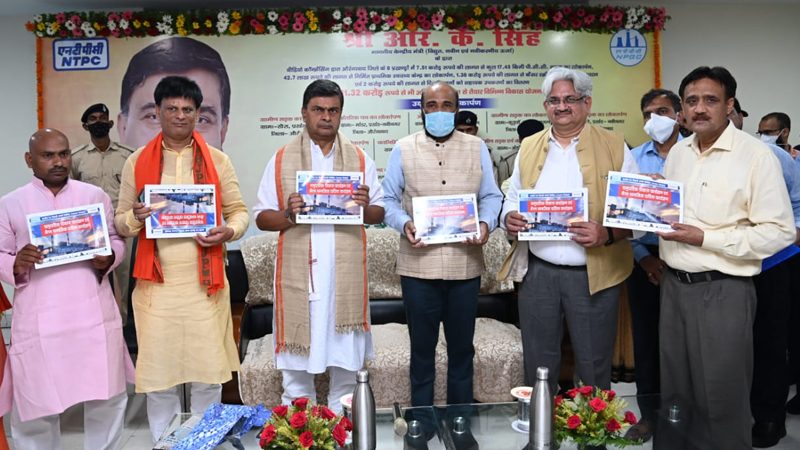 During the visit, Shri Singh dedicated various CSR works carried out by NTPC & NPGC to the tune of 11.32 Crores including the inauguration of PHC at Meh – Aurangabad and distribution of disability aid items in association with ALIMCO at Barh. He flagged off Dedicated Medical Van for Cancer Detection Camp to be organized in four districts of Bihar and distribution of aids & appliances to the differently abled residing in the vicinity of NTPC Barh via online/offline mode in a function. 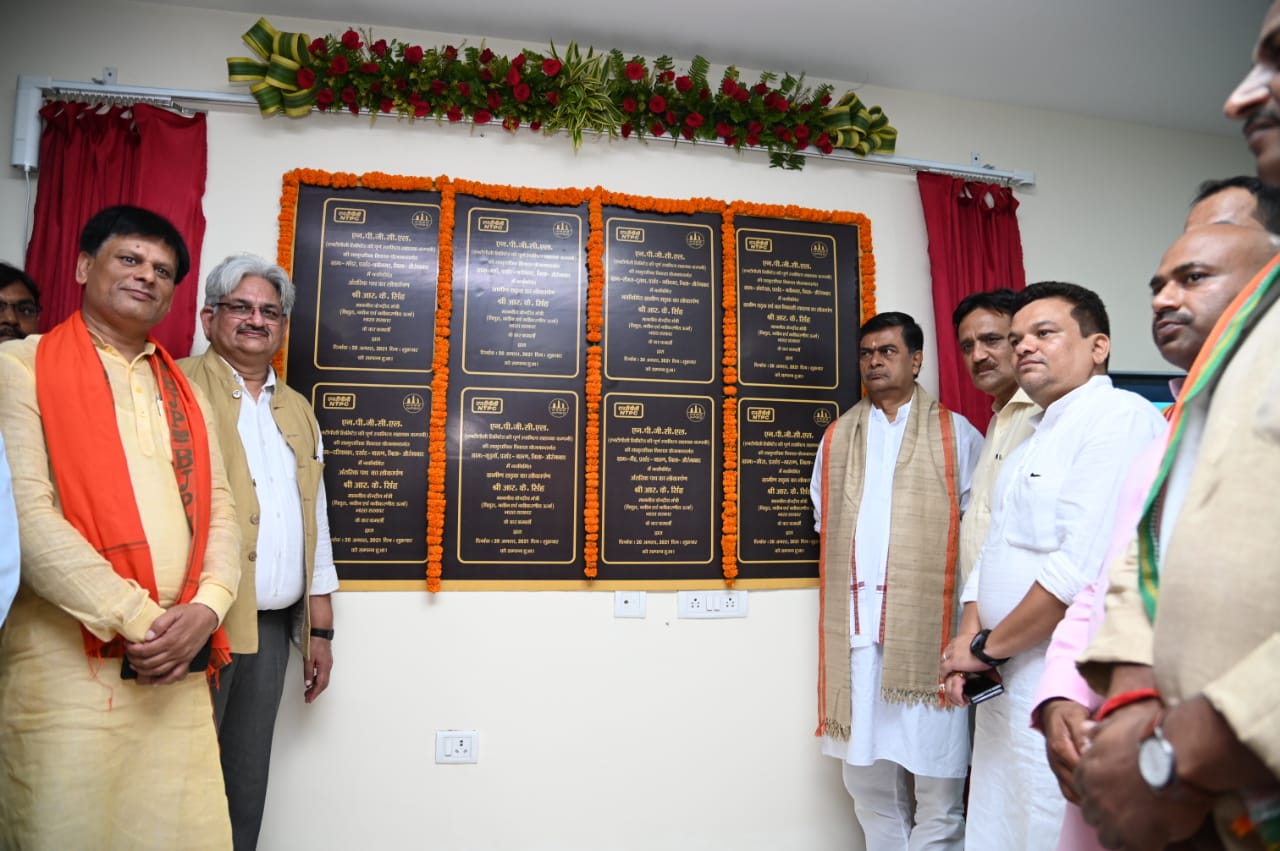 During the program, he unveiled the two compendiums on CSR compiled by NPGC and BRBCL Projects. Shri Praveen Saxena, RED ER-1 briefed Hon’ble MOP about the CSR initiatives and other projects undertaken by these projects. Hon’ble Minster, Shri Singh also lauded the commendable efforts put forth by team NTPC/NPGC. Later in the program, he chaired a Review Meeting in the presence of RED, Distt Magistrate and SP Aurangabad and CEOs of NPGC & BRBCL on progress and pending critical issues of NPGC & BRBCL. He instructed the District administration to resolve the issues in a time bound manner so as to serve the communities in the most efficient way possible.

The National Thermal Power Corporation (NTPC ) Ltd,  has commissioned the largest floating solar PV project of 25MW on the reservoir of its Simhadri thermal station in Visakhapatnam, Andhra Pradesh. This is also the first solar project to be set up under the Flexibilisation Scheme, notified by the Government of India in 2018.

The floating solar installation which has a unique anchoring design is spread over 75 acres in an RW reservoir. This floating solar project has the potential to generate electricity from more than 1 lakh solar PV modules. This would not only help to light around 7,000 households but also ensure at least 46,000 tons of CO2e are kept at arm’s length every year during the lifespan of this project. The project is also expected to save 1,364 million litres of water per annum. This would be adequate to meet the yearly water requirements of 6,700 households.

The 2000MW coal-based Simhadri Station is the first power project to implement an open sea intake from the Bay of Bengal which has been functional for more than 20 years.

NTPC is also planning to set up a hydrogen-based micro-grid system on a pilot basis at Simhadri.

With a total installed capacity of 66900 MW, NTPC Group has 71 Power stations including 29 Renewable projects. NTPC has set a target to install 60 gigawatts (GW) of renewable energy (RE) capacity by 2032. NTPC is also India’s first energy company to declare its energy compact goals as part of the UN High-level Dialogue on Energy (HLDE).

The group has over 17 GW of capacity under construction, including 5 GW of renewable energy projects. Uninterrupted supply of electricity through environment-friendly energy projects at affordable prices has been the hallmark of NTPC.