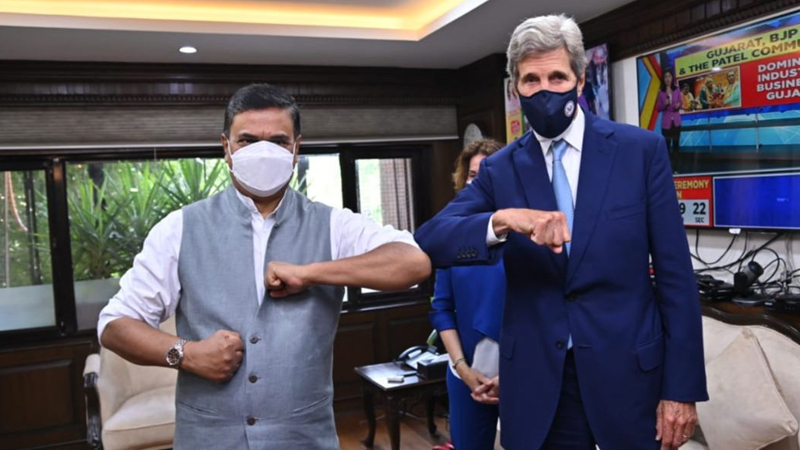 Shri R.K. Singh, Union Minister for Power and New and Renewable Energy met a delegation led by Mr. John Kerry, U.S. Special Presidential Envoy for Climate here today. The purpose of the meeting was to discuss further collaboration on climate change issues and to work towards a genuine partnership between the two countries to pave the way for the rest of the world on Energy Transition. Shri Alok Kumar, Secretary Ministry of Power and other senior officials from the ministry were also present. 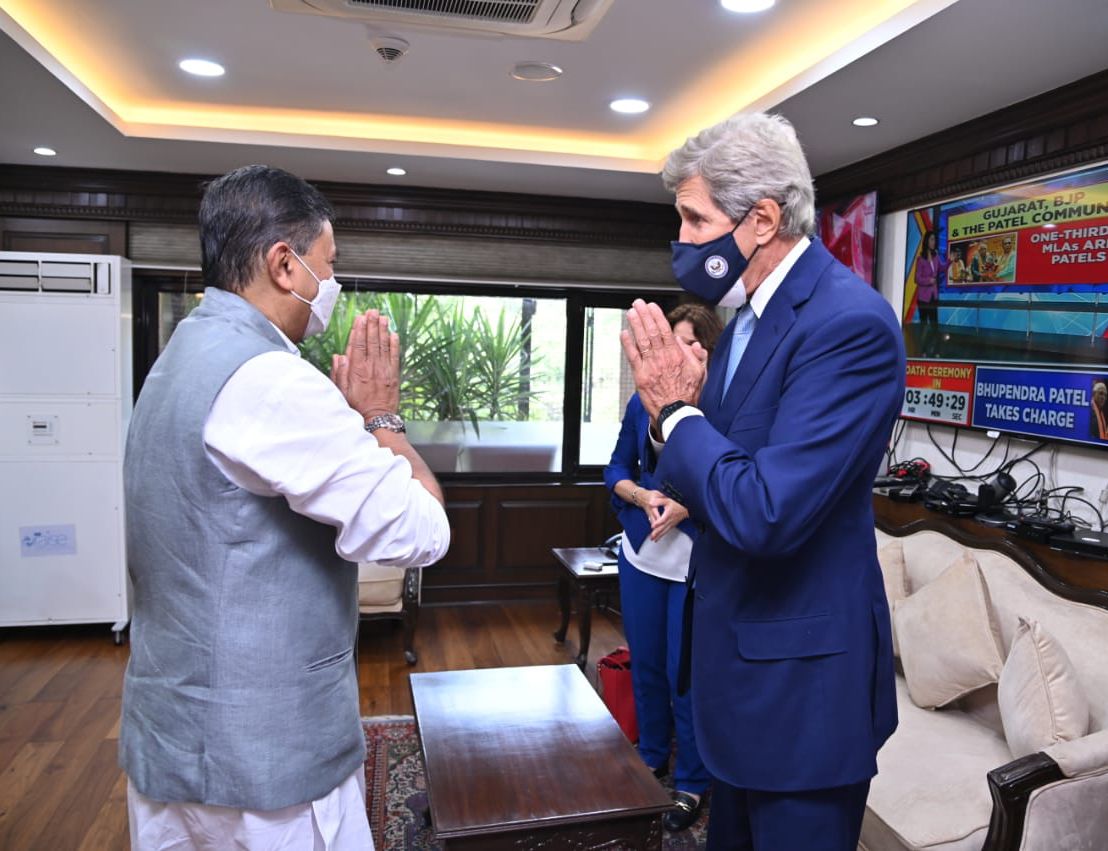 The US side appreciated India for its Energy Access drive and commitment to achieve 450 GW of RE by 2030. They also lauded India for electrifying 28.02 million homes in 18 months and achieved universal household electrification.

The Minister informed the US side about GoI’s intent to move towards clean energy transition. He further informed that the biggest challenge for infusing of RE was “Storage” which needs to be addressed immediately to make power accessible to the masses. He mentioned that huge bids for Green Hydrogen and Electrolyzers are planned in the upcoming months. Shri Singh requested the US side  to send their companies to participate in the bids. He also highlighted India’s upcoming projects in Ladakh on Green Hydrogen and Green Energy Corridors.

SPEC proposed that USA is willing to enter into a genuine collaboration with India to enable us realise the ambitious target of reaching 450 GW Renewable Energy by 2030 which would pave the way to India achieving sub 2°C level, much more than what has been committed under Paris Climate Agreement.

Shri Singh showed his concern towards over 800 million people across the world who do not have access to electricity. He urged the US side to join the International Solar Alliance which can benefit many countries.

Both sides agreed that Indian labs could work with the US labs with the objective of reducing costs and finding alternative chemistry for making energy transition economically viable. SPEC highlighted that India and USA could take a Global Leadership role on the Energy Transition front and show the rest of the world that ambitious RE targets can be achieved.