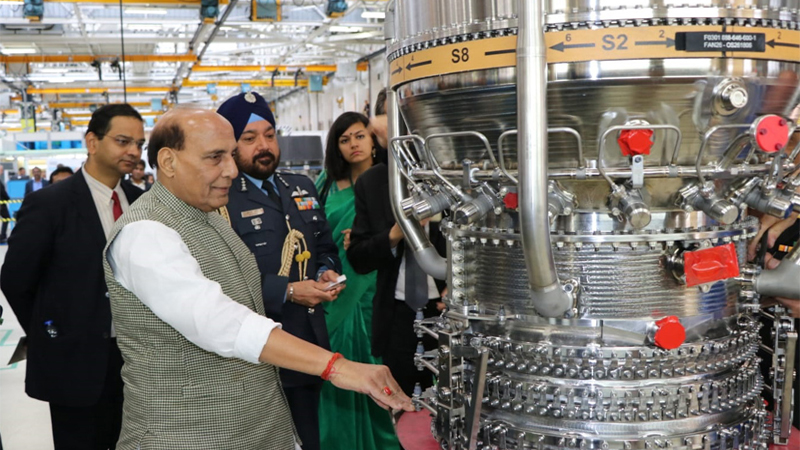 Raksha Mantri Shri Rajnath Singh said India and France intend to explore ways to strengthen their defence industrial partnership. Addressing the Chief Executive Officers (CEOs) of French Defence Industries in Paris, Shri Rajnath Singh called upon the French companies for collaboration to modernise India’s shipyards and defence platforms by infusion of technology and asked them to make India its base for production of defence equipment not only for India’s large market but also for export to other countries.

“We have undertaken significant economic reforms to improve the ease of doing business and opening up the economy for investments. Our Government under the leadership of our Prime Minister Modi has opened up defence sector manufacturing to a large extent under the ‘Make in India’ initiative”, he said.

Raksha Mantri Shri Rajnath Singh underlined the significance of implementation of a single Goods and Services Tax across India, the biggest tax reform since its independence. “We have recently reduced our corporate tax significantly. For ‘Make in India’ in Defence if there is need for further tax rationalisation, it may be considered suitably”, Shri Singh said.